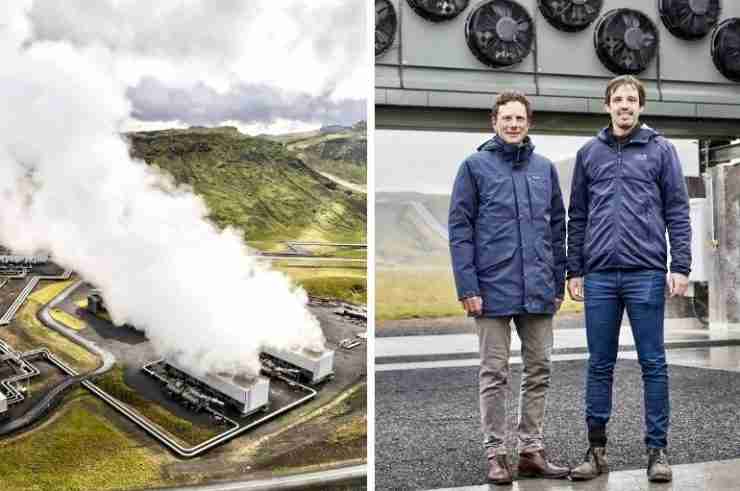 The plant sucks up to 4,000 tonnes of carbon dioxide (CO2) from the air per year, which equals to about 800 cars’ annual emissions.

It was constructed by Swiss startup Climeworks AG, which was founded by Christoph Gebald and Jan Wurzbacher, two German engineers.

The plant — named Orca after the Icelandic word for “energy” — consists of eight large containers with high-tech filters and fans that extract CO2 from the atmosphere.

Once captured, the CO2 is mixed with water and pumped deep underground into nearby basaltic rocks, where it will gradually turn to stone and hydride of sulphur (HS2).

The plant is powered by renewable energy and cost about $10 to $15 million to build, according to Bloomberg.

Currently, there are 15 direct CO2 capture plants operating worldwide, with more than 9,000 tonnes of carbon dioxide being extracted from the air every year.

Although direct CO2 capture and storage can only offset a minimal fraction of the world’s annual emissions, scientists say these technologies are vital in limiting global warming and climate change in the future.

Climeworks says its technology can be easily replicated in different locations worldwide in even larger scales – which could eventually drive down prices – as long as ample renewable energy and storage conditions are available.

It has also signed a 10-year carbon removal purchase agreement with a major Swiss insurance firm to allow consumers to pay for carbon removal through monthly payments, Reuters reported.