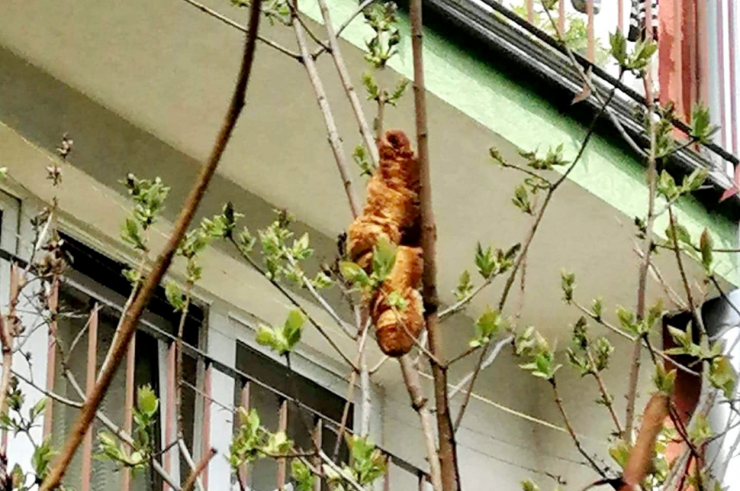 Earlier this month, animal rescuers in Poland received a call from a woman about a “mysterious tree creature” that was terrorizing her neighborhood in Krakow.

After being reminded of the word, she exclaimed, “Yes, an iguana! He has been sitting here for two days and everyone is afraid of him. So when are you coming for it?” Rescuers from The Krakow Animal Welfare Society soon arrived at the scene and successfully located the mystery creature.

Upon a closer look, they discovered that it had no legs or a head. It was not a lagoon or an iguana – the mysterious tree creature turned out to be a croissant.

A post about the incident shared on the The Krakow Animal Welfare’s Facebook page has since gone viral, gaining more than 14,000 likes and 3,500 shares.

Rescuers say the croissant had probably fallen out of a window or been dropped by a bird. It added that the incident was real and reminded people that it was always better to report when something is worrying and be pleasantly disappointed.