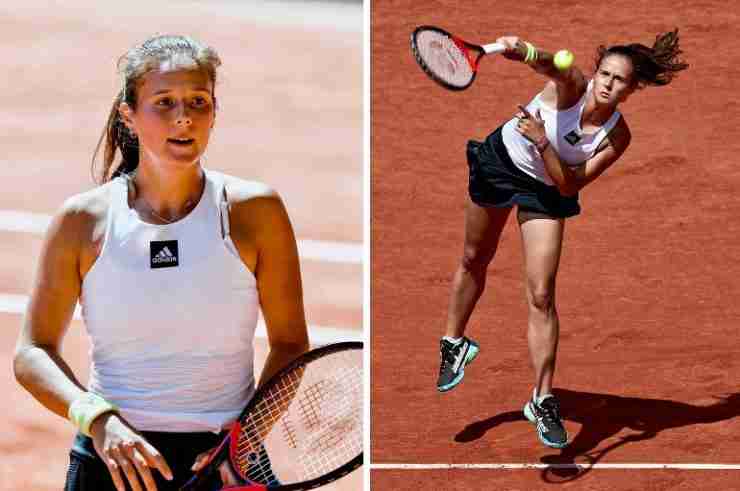 Daria Kasatkina, Russia’s top ranked women’s tennis player, has come out as gay in an interview.

The 25-year-old, who is currently ranked World No. 12, told a Russian YouTuber in an interview published on Monday July 18 that she is in a same-sex relationship with a woman, figure skater Natalia Zabiiako, and criticized Russia’s anti-LGBTQ attitudes.

“So many subjects are taboo in Russia,” Kasatkina said. “This notion of someone wanting to be gay or becoming [gay] is ridiculous. I think there is nothing easier in this world than being straight.”

“Seriously, if there is a choice, no one would choose being gay. Why make your life harder, especially in Russia? What’s the point?” she added.

Speaking from Barcelona, Spain, Kasatkina said it would be impossible for her to ever hold hands with her girlfriend in Russia.

Although same-sex relationships have been legal in Russia since 1993, the country passed a law in 2013 banning “gay propaganda” that promotes “non-traditional” sexual relationships.

The law has been used to stop pride marches and detain LGBTQ rights activists, according to the Guardian.

Just hours before her interview, Russian lawmakers introduced a draft bill to broaden the law to ban public discussions of LGBTQ relationships in a positive or neutral light and any LGBTQ content in cinemas, according to AP.

“Living in the closet is impossible,” Kasatkina said. “It is too hard, it is pointless. Living in peace with yourself is the only thing that matters and fuck everyone else.”

During the interview, she also publicly criticized Russia’s invasion of Ukraine, calling it “a full-blown nightmare”, according to the New York Times.

Following the interview, Kasatkina shared a photo of her with Zabiiako on her Twitter, with the caption “My cutie pie”.