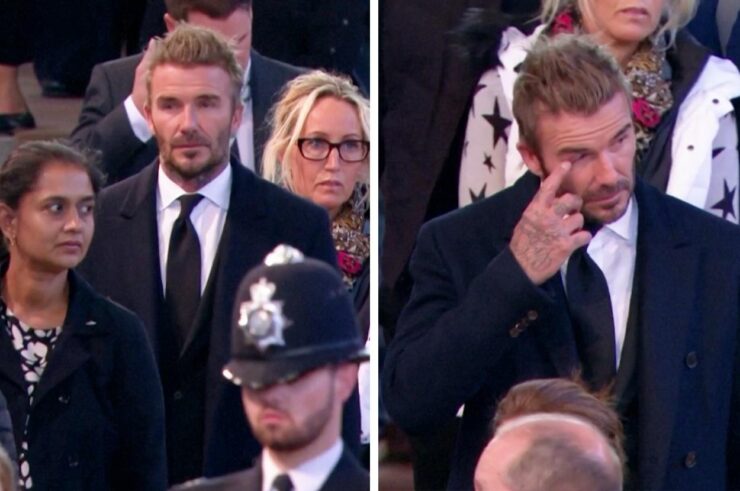 Soccer legend David Beckham waited in line for over 13 hours, like everyone else, to pay respects to the late Queen Elizabeth II, who is lying in state in Westminster Hall.

The 47-year-old former captain of England’s national team started queuing at around 2 am on Friday Sep. 16 with hundreds of thousands of people who had decided to visit the Queen’s casket.

“I thought that by coming at 2 am, it was going to be a little bit quieter. I was wrong,” he told ITV News.

Beckham had reportedly turned down an offer from a member of parliament to skip the queue and even bought donuts for the people around him, according to the Daily Mail.

He went undetected for the most part due to the “mutual respect” fans had for him, and no photographs were taken.

Beckham received an OBE, awarded to those who made outstanding contributions in the arts, sciences, charity, or public service, from the Queen in 2003.

The public was allowed to visit the queen’s coffin starting Wednesday Sep. 14 at 5:00pm, and authorities estimated the queue was about 4 kilometers long.

As of Saturday, some people were expected to wait at least 24 hours to see the casket, according to a live tracker.

The Department for Digital, Culture, Media & Sport have even asked people to not travel to join the queue.