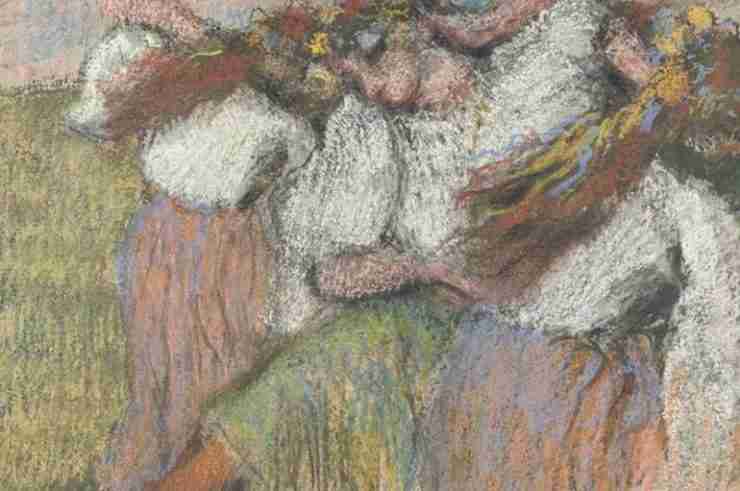 The UK’s National Gallery in London has renamed the painting “Russian Dancers” by French impressionist painter Edgar Degas to “Ukrainian Dancers” so as to more accurately reflect the subject of the work.

“Russian Dancers”, created in 1899, depicts women dancing with yellow and blue ribbons – Ukraine’s national colors – in their hair and in the garlands they are carrying.

According to the National Gallery’s website, the painting may be of one of a number of dance troupe from Eastern Europe that visited Paris and performed at the Moulin Rouge, the Folies-Bergère, the Casino de Paris and at a brasserie near Degas’s Montmartre home in the late 1890s.

“It is almost certain that these visiting dancers, and those drawn by Degas, were Ukrainian, rather than Russian,” the gallery noted.

A National Gallery spokesperson told the Guardian that the title of the painting had been an ongoing point of discussions for many years and that a member of the gallery’s education department had also highlighted the issue a few weeks ago.

Following Russia’s invasion of Ukraine, there were also renewed discussions on social media about how it was an example of Russia appropriating elements of Ukrainian culture.

Although the painting is not currently on display, the National Gallery said it decided to rename the work on Sunday April 3 following the increased focus on the piece over the past month.

“We felt it was an appropriate moment to update the painting’s title to better reflect the subject of the painting,” the gallery said.