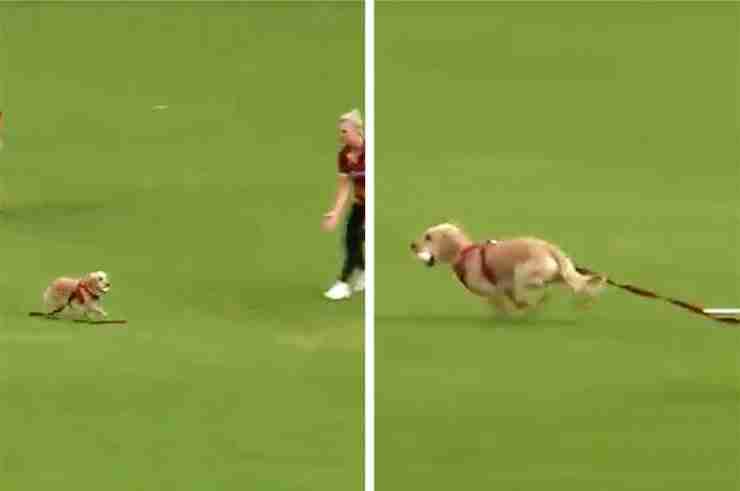 A women’s cricket match in Northern Ireland was interrupted on Saturday Sep. 11, when a dog ran onto the field and tried to retrieve the cricket ball.

Footage showed a cocker spaniel puppy – later identified as Dazzle – running onto the pitch and intercepting the ball during the Women’s All-Ireland T20 Cup semi-final match between Bready and CSNI.

Dazzle ran up and down the pitch as players tried to chase him down until batter Aoife Fisher called him over and managed to retrieve the ball.

A video of the moment has gone viral on Twitter, gaining more than 4.3 million views.

Following the match, the International Cricket Council, the world governing body of cricket, announced on Twitter it was giving Dazzle a very special award as the Player of the Moment for being the Best Fielder in Ireland Cricket.