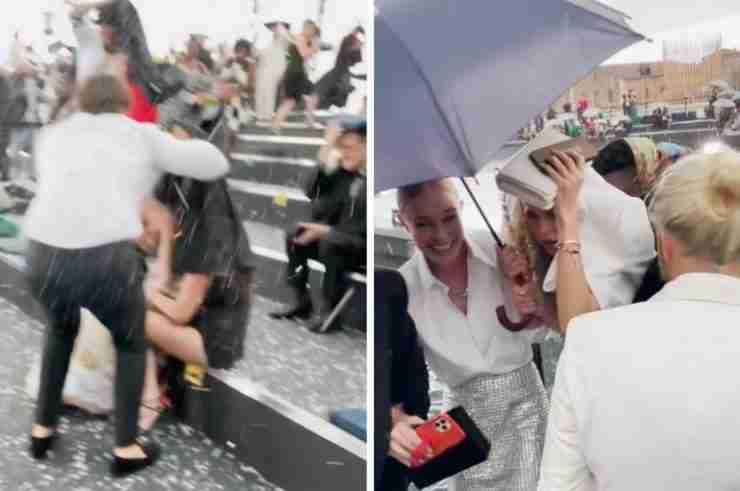 In another viral video shared by Instagram account @diet_prada, the audience can be heard yelling “ow” and “shit” while the models continued walking the runway.

The event was attended by celebrities including Vin Diesel, Helen Mirren, Jennifer Lopez, Heidi Klum, Kourtney Kardashian and Travis Scott, many of whom documented the moment.

Expecting bad weather, Dolce & Gabbana had already moved the event forward an hour to try to avoid the disruption, according to Vogue.

At the end, the designers, Domenico Dolce and Stefano Gabbana, also braved the hail and walked down the runway to close the show.