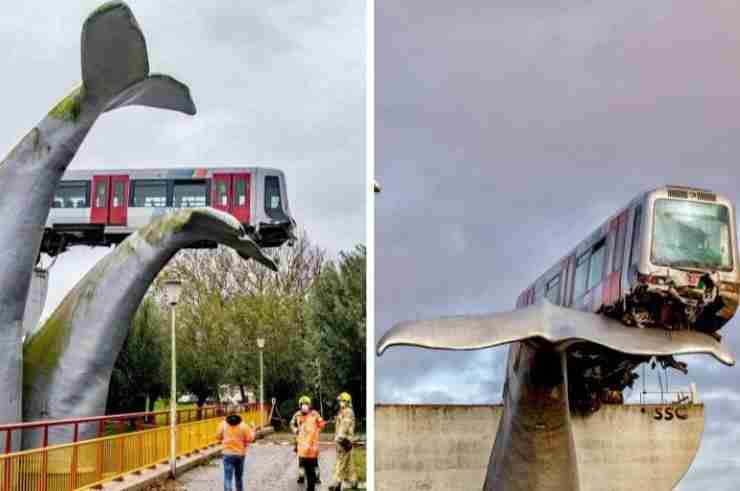 A giant sculpture of a whale’s tail in Spijkenisse, the Netherlands, has managed to stop an overground metro train from plunging into the ground after it failed to stop at the end of the line.

The train, which shot through the barriers at the end of the track at around 12:30am on Monday, was left balancing 10 meters above the ground on a plastic whale tail sculpture built by architect Maarten Struijs. The driver was the only person on the train and was unharmed, officials said.

Struijs told the Guardian that he was amazed his sculpture, named “Saved by the Whale’s Tail”, was still so strong after being erected almost 20 years ago. “When plastic has stood for 20 years, you don’t expect it to hold up a metro train,” he said.

Officials have launched an investigation into how the safety systems designed to stop the train failed, the New York Times reported.