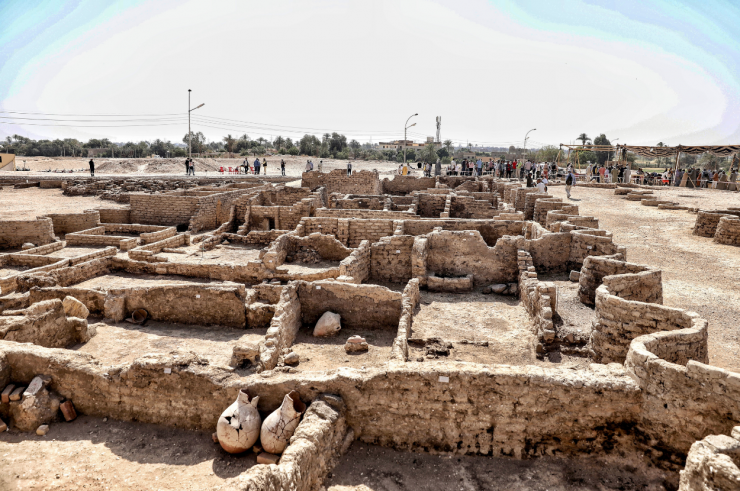 Archaeologists in Egypt have discovered an ancient city that was built more than 3,400 years ago during the reign of Amenhotep III, one of Egypt’s most powerful pharaohs.

The city, known as Aten, was found near Luxor last September and excavated in the following weeks, archaeologists said on Thursday Apr. 8. It is the largest ancient city to have ever been found in Egypt, according to a statement from the lead archaeologist, Zahi Hawass.

The team had been searching for a mortuary temple of Tutankhamun when they found formations of mud brick in every direction, according to the statement.

They ended up unearthing a “large city in a good condition of preservation, with almost complete walls, and with rooms filled with tools of daily life,” the statement said, adding that the archaeological layers have remained untouched.

The team have uncovered houses with walls up to three meters high, several neighborhoods, including a bakery, an administrative and residential district, a workshop and a cemetery.

Rings, scarabs, colored pottery vessels and mud bricks with King Amenhotep III’s cartouche seal helped to date the city to the reign of Amenhotep III from 1391 to 1353 BC.

Archaeologists say the city was the largest administrative and industrial settlement in the era of the Egyptian empire on the western bank of Luxor.