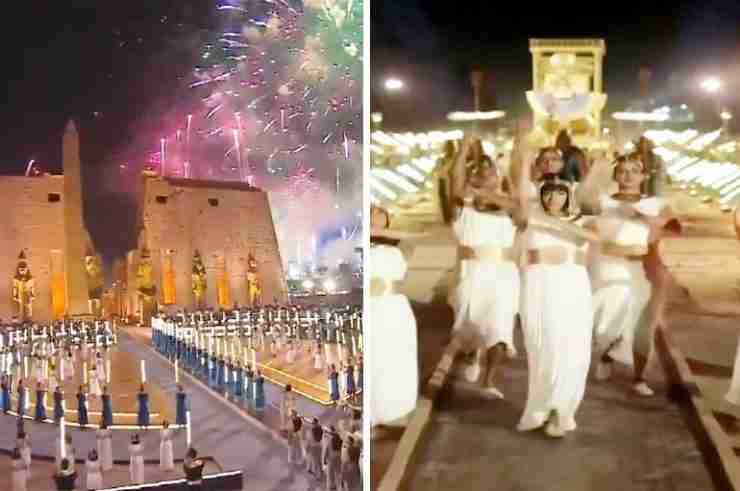 Egypt has held a lavish ceremony to celebrate the historic opening of the “Avenue of the Sphinxes” in the city of Luxor, where an ancient sacred road once named “The Path of God” had been buried in dust for centuries before it was finally unearthed and restored.

The 3,000-year-old and nearly three kilometer long walkway took decades of excavation work by archaeologists to again see the light of day.

It is paved in sandstone blocks and lined with more than 1,050 statues on both sides, connecting two of the city’s greatest temple, Karnak Temple in the north and the Temple of Luxor in the south.

The ceremony, which aimed to recreate the spirit of traditional Egyptian festivals, featured a light show, a line of pharaonic chariots, hundreds of performers and music inspired by tales inscribed on the temple walls.

It was of a similar scale as when the country put on a parade last April to move 22 royal mummies to a new museum.

So far, 309 statues along the path have been excavated in good condition, and the number may increase as the work continues, the director of Karnak Temples told CBS News.

With the revival of a grand monument, Egypt hopes to boost its tourism, which took a hit from social unrest and the pandemic and promote the city of Luxor as one the largest open museums in the world.