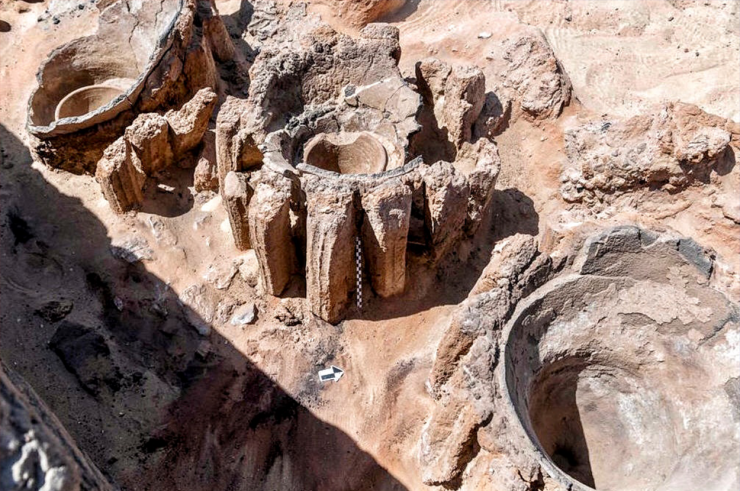 A team of Egyptian and American archaeologists has discovered the oldest known beer factory in the world in Abydos, Egypt.

The 5,000-year-old brewery is likely to date back to the reign of King Narmer, who is known for his unification of ancient Egypt from 3150 B.C. to 2613 B.C, according to Egypt’s Ministry of Tourism and Antiquities officials.

The brewery was found divided into eight huge sections for beer production, each around 20 metres long and 2.5 metres wide. Each section included about 40 clay pots in two rows, which were used to heat a mixture of grains and water to produce beer.

The brewery may have been built in the specific location to provide beer for local rituals, as archaeologists found evidence showing the use of beer in sacrificial rites during the excavation, one of the lead archaeologists on the team said in an Egyptian tourism ministry statement.

The brewery is believed to have been producing beer on a large scale, making around 22,400 litres (5,000 gallons) at a time, according to the statement.

Abydos is one of the oldest cities of Ancient Egypt and is home to great cemeteries and temples. Egypt has announced dozens of ancient discoveries in the last few years, hoping to attract more tourists in order to revive the tourism industry in Egypt due to the political turmoil in 2011 and, most recently, the coronavirus pandemic.