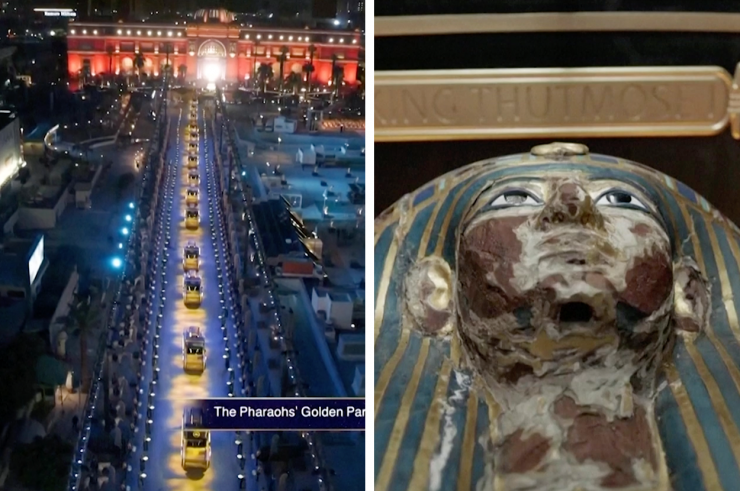 Egypt held a spectacular parade through the capital city of Cairo on Saturday Apr. 3 as it moved 22 mummies to a new museum dedicated to Egyptian civilization.

The “Pharaohs’ Golden Parade” transported 18 kings, including King Ramses II, and four queens, including Queen Hatshepsut, in chronological order from the Egyptian Museum to the National Museum of Egyptian Civilization, which is about 5 kilometers (3 miles) away. The parade, which was broadcast live on state television, included a military band and a 21-gun salute.

The mummies were placed in nitrogen capsules in vehicles with shock-absorbers and special decorations including their names inscribed in ancient Egyptian hieroglyphs and Arabic. They were accompanied by 17 royal sarcophagi – stone coffins – and replica horse-drawn chariots and received by Egypt’s president Abdel Fattah el-Sisi at the entrance of the museum.

The museum is set to open later this month and authorities hope that it will help to revitalize tourism after the pandemic.