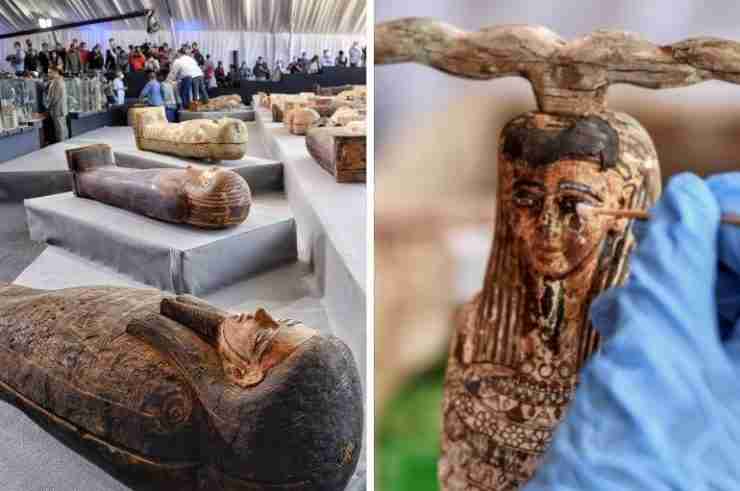 Egyptian officials have unveiled more than 100 coffins, some with mummies inside, and about 40 gilded statues that they estimate are 2,500 years old.

It is the latest and largest find this year in the Saqqara Necropolis, south of Cairo. Officials say the items date back to the Ptolemaic dynasty from 320 B.C. to about 30 B.C. and the Late Period from 664 B.C. to 332 B.C.

Officials say the coffins may have belonged to higher ranking families as they are finely-painted, well-preserved and a higher quality than previous finds in Saqqara, Reuters reported.

The coffins and artefacts will be put on display at three museums in Cairo, including the Grand Egyptian Museum near the Giza Pyramids.

In August, 59 coffins were also unearthed at Saqqara, and officials say they are expecting more discoveries from the UNESCO world heritage site, according to AP.