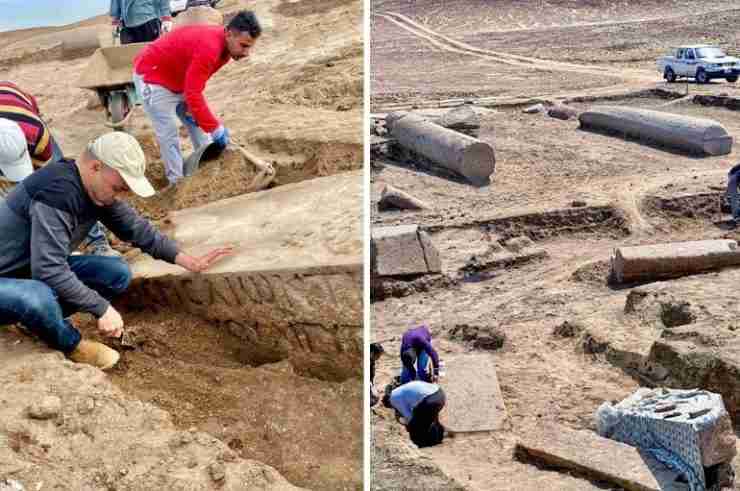 Archaeologists in Egypt have discovered the ruins of a temple for the ancient Greek god Zeus in the Sinai Peninsula.

The ruins were found in the Tell el-Farma archaeological site in northwestern Sinai, Egyptian authorities said on Monday April 25.

The team excavated the temple ruins from its entrance gate after spotting two huge granite columns that had fallen down. The gate had been destroyed in an earthquake in the ancient times, officials said.

Archaeologists have been looking for the temple since the early 1900s after ancient Greek inscriptions showed the existence of the temple.

The ruins, located between a fort and a memorial church, included a set of granite blocks probably used to build a staircase to reach the temple.

Officials say inscriptions found in the areas showed that Roman Emperor Hadrian had renovated the temple, adding that experts will study the ruins to map out the temple’s architectural design.

Tell el-Farma is known by its ancient name of Pelusium and dates back to the late Pharaonic period. It was also used during the Greco-Roman and Byzantine periods, and there are remains dating back to the Christian and early Islamic periods as well.