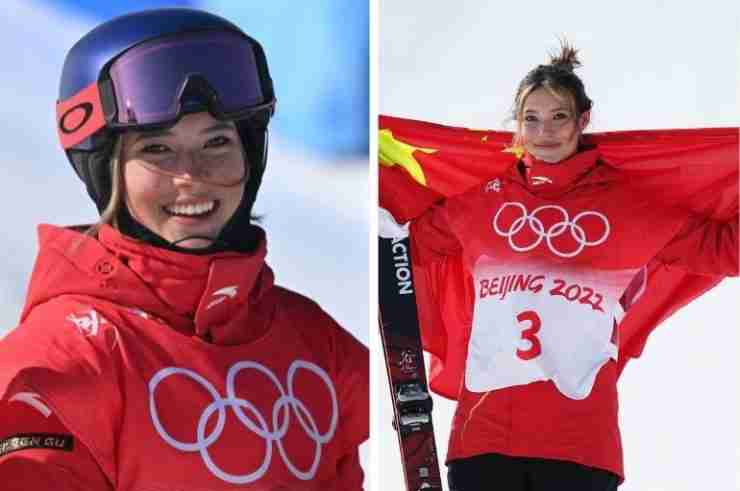 Free skier and breakout star of the Beijing 2022 Games Eileen Gu wrapped up her inaugural Olympics with a hat trick of medals, two golds and one silver, as well as the adoration and love of the host nation.

While fellow Chinese-American athletes Nathan Chen of Team USA and Zhu Yi of Team China were ignored or vilified by Chinese fans online, Gu, 18, has been celebrated as the nation’s pride, the poster girl of the Olympics whose gold medal win in big air literally broke the Chinese internet.

Servers of China’s social media platform Weibo were temporarily overloaded, while five of the top 10 trending topics at the time lauded the ski prodigy.

Known as Gu Ailing in China, the Olympic skier was born in California to an American father and a Chinese mother.

Initially competing for Team USA, Gu announced in 2019 on Instagram her decision to represent China ahead of the Games as a way “to help inspire millions of young people where her mom was born” and “to unite people, promote common understanding, create communication, and forge friendships between nations.”

To be a US-born athlete of Chinese descent during these Games, competing on sport’s most prestigious stage is to become highly unprecedented targets given the current geopolitical climate.

With US-China tensions at all time high, scrutiny over Gu’s citizenship – China does not allow dual nationality – along with her motives for switching teams, which critics called opportunistic, have clouded her historic achievements as both the youngest Olympic gold medalist in freestyle skiing and the first athlete to win three freeski medals in a single Games.

Robert Daly, director of the Kissinger Institute on China and the United States at the Woodrow Wilson Center has noted the increasingly growing pressure of those with dual heritage to choose a side during these polarized times.

“This Olympics should have put the contribution of Chinese American athletes like Gu under the spotlight – to highlight their role as a bridge to both nations, but unfortunately it has turned out to be otherwise.”