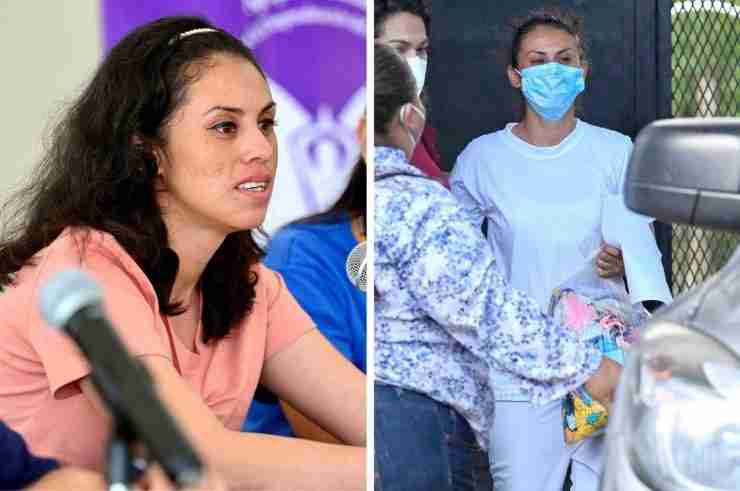 Sara Rogel, a 28-year-old woman in El Salvador, has been released from prison after she served nearly one third of her 30-year sentence for having what she said was a miscarriage that violated the country’s strict abortion ban.

Rogel was arrested as at the age of 22 while she was still a student in 2012. She had been eight months pregnant when she was sent to the hospital with bleeding wounds that she said had been caused by a fall at home while she was doing housework.

After her arrest, she was accused of having an abortion and charged with aggravated homicide.

Abortion is illegal in all circumstances in El Salvador, with no exceptions even for rape, incest or when the mother’s life is in danger. Under the penal code, having an abortion carries a prison sentence of two to eight years. Being charged with aggravated homicide will extend the sentence up to 40 years, according to the Guardian.

On Monday June 7, Rogel was released on parole after nine years in a jail in Zacatecoluca, southeast of the country’s capital San Salvador. More than 140 women have been charged under the country’s abortion ban in the past two decades, according to CBS News.

Although several rulings have been overturned in recent years and many have been freed, women are still being prosecuted for having stillbirths and abortions due to medical emergencies.