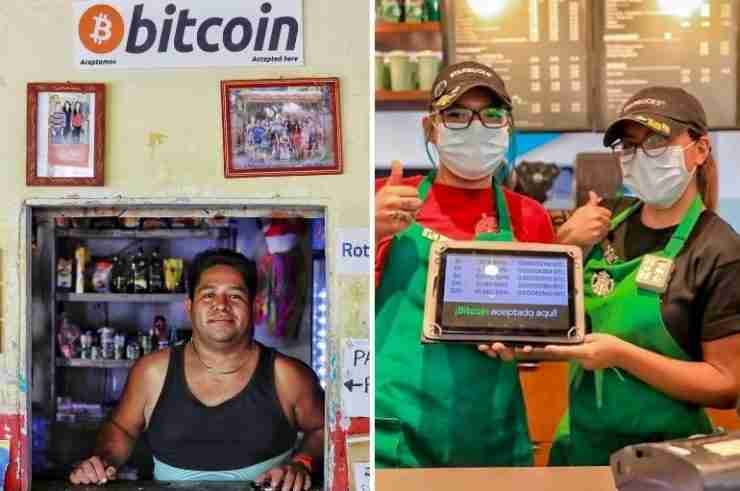 El Salvador has officially adopted Bitcoin as legal tender, becoming the first country in the world to do so after a law went into effect on Tuesday Sep. 7.

Salvadorans will now be able to pay for goods and services, as well as their taxes, in the cryptocurrency.

The day of the launch, however, was bumpy, with street protests, technical glitches and a Bitcoin price crash.

The government-backed digital wallet, Chivo, was initially unavailable on some major app stores including Apple, Huawei and Google but later appeared, and the top six finance apps in El Salvador’s App Store are now all Bitcoin-related apps.

El Salvador’s 40-year-old President Nayib Bukele promised US$30 of Bitcoin for each user, saying using the cryptocurrency will help Salvadorans save $400 million a year in remittances.

Bukele has said that the move will bring “financial inclusion, investment, tourism, innovation and economic development” for the country.

“We must break the paradigms of the past,” Bukele tweeted. “El Salvador has the right to advance towards the first world.”

Opinion polls showed that Salvadorans are skeptical about using Bitcoin as they are concerned about its volatility and unsure of how it will work.

The country’s finance minister has said using Bitcoin will remain “totally optional” and businesses will not be penalized for not accepting it, according to Forkast News.

Regardless, more than 1,000 people gathered outside the country’s supreme court on Tuesday, burning a tire and and setting off fireworks to protest against the adoption.

However, experts told Forkast News that this is normal market behavior and just a part of the adoption process.

El Salvador relies heavily on remittance, which is money sent back from workers abroad, Reuters reported.

Remittances to the country made up nearly $6 billion or around a fifth of the country’s GDP in 2019, which is one of the highest ratios in the world, according to World Bank data.

The cryptocurrency would, in theory, allow a quick and cheap way to send money across borders without relying on remittance companies.