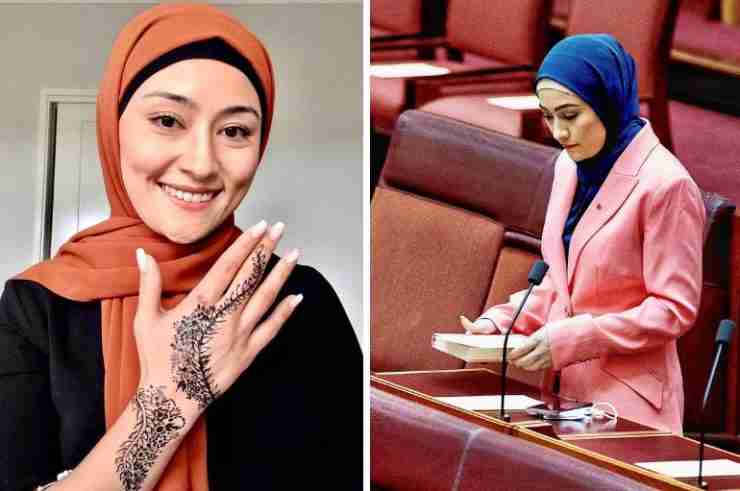 Fatima Payman, a 27-year-old woman who fled to Australia from Afghanistan as a child, has become Australia’s youngest and first hijabi member of parliament.

When she was five years old, Payman and her family fled to Pakistan to escape the Taliban regime in Afghanistan. In 2003, they arrived in Australia as refugees.

Her dad had arrived earlier in 1999 but had been kept at an immigration detention center when he first arrived and later worked as a kitchen worker, cab driver and security guard to support the family.

After he died in 2018, Payman became more politically involved, becoming a union organizer to represent and support hard-working Australians like her dad.

“Thinking of how hard he struggled for us and how much he sacrificed for us, I can’t let his sacrifices go in vain and I really do want to advocate for workers like him who are really just trying to make ends meet and make a better life for their families,” Payman told the Guardian.

The Afghan-Australian politician was confirmed as Labor’s senator on Monday June 20.

She has advocated for climate action, an anti-corruption commission and fee-free Technical and Further Education courses.

As the youngest senator in parliament this year, she also hopes to advocate for young Australians.

She perceives her election as a representation of modern Australia, with a diverse government that represents its people.

“I hope that my presence will be welcoming but also a beacon of hope for many out there, especially the young demographic that often see themselves slip through the cracks when it comes to massive legislation,” Payman said, according to ABC.

Her election is the latest of Australia’s move to have a more inclusive government.