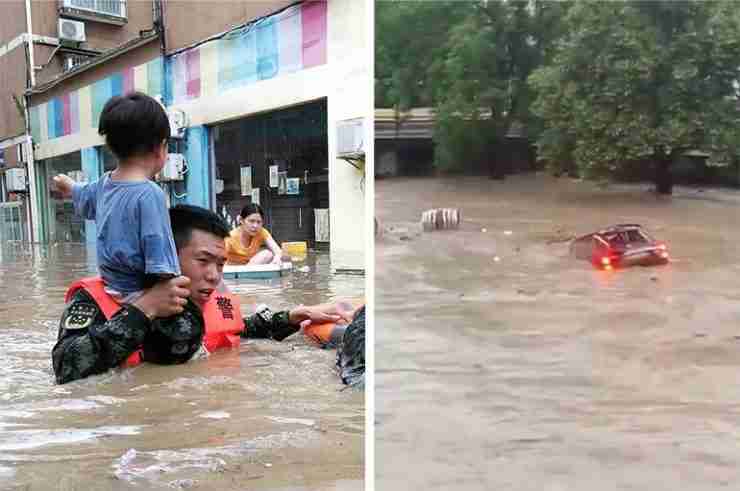 Floods are ravaging cities and countries around the world. Here are just a few of the places that have been affected in the past month alone.

Days of torrential rain – reportedly the worst in 1,000 years – have hit Zhengzhou, the capital of Henan Province in central China, causing extreme flooding that has left at least 18 people dead and forced 200,000 people to leave their homes.

Turkey experienced both floods and wildfires at the same time: fatal floods hit the country’s north only a few days after some of Turkey’s worst wildfires ravaged the south.

Boys along with local boatmen play atop a submerged structure at Daraganj Ghat, one of the flooded banks of the Ganges River in Allahabad on August 8, 2021.