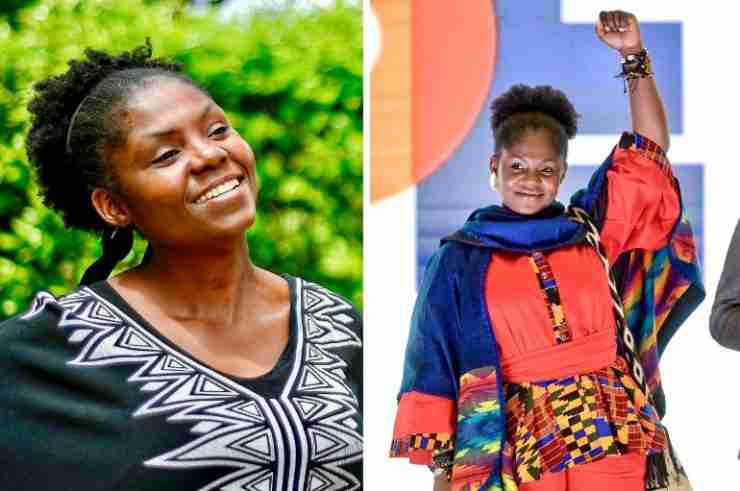 Francia Márquez, a former housekeeper and an environmental activist lawyer, has been elected as Colombia’s first Black woman vice president.

The 40-year-old ran alongside leftist politician and former rebel fighter, Gustavo Petro, and won more than 50% of the votes in the election on Sunday June 19.

Márquez grew up in a conflict-ridden region in the state of Cauca, where she became pregnant at 16 and had to work in gold mines and as a live-in maid to support her child.

She went on to become an environmentalist activist lawyer who campaigned against illegal mining and underrepresentation.

In 2018, she was awarded the Goldman environmental prize for organizing a 10-day march from the Amazon to Bogotá with 80 Black women to call on the government to remove illegal miners, who were polluting the surrounding areas.

She said she decided to run for office to support the people who the government has turned its back on.

During her campaign, she has faced criticism about her lack of experience, as well as racist comments, with opponents calling her “King Kong” on social media.

However, she has risen above that, speaking to Black, Indigenous, and rural communities in Colombia, which have suffered the most from the inequality that has worsened during the pandemic.

Her victory also reflects the changing of attitude of Colombians, who last year took to the streets in mass protests against poverty and rising inequality, desperate for change and more diverse representation, the New York Times reported.

“Francia’s candidacy for women means a before and an after, because she’s a woman, because she’s black – and because she comes from nothing,” Mayra Fernanda Mejía, an Afro-Colombian mother told the Guardian.

Before election polls closed on Sunday, Márquez tweeted, “Today, all women win. We are facing the biggest possibility of change in recent times.”

Márquez ran alongside Gustavo Petro, who has vowed to end inequality, provide free university education, pension reforms and taxes on the rich.

Petro’s election is the latest in a wave of other Latin American countries following Peru, Honduras and Chile that have elected leftist candidates to end conservative rule.