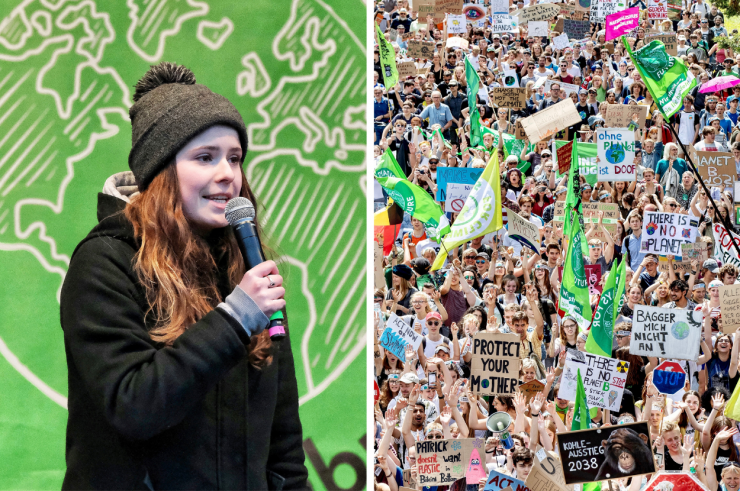 In a landmark ruling, Germany’s top court has ordered the government to set clear goals for reducing greenhouse gas emissions after 2030, saying that current legislation was not enough in protecting younger generations from the effects of climate change.

The lawsuit was brought forward by nine climate activists, aged between 15 and 24, with the support of environmental groups, including Greenpeace, Friends of the Earth Germany (BUND) and Fridays for Future, according to DW.

The activists said future generations would have to live with the consequences of the government’s lack of long-term strategy and clear emission targets. Germany set a goal in 2019 of cutting emissions by 55% by 2030 and reaching net zero by 2050, according to Politico.

“The provisions irreversibly offload major emission reduction burdens on to periods after 2030,” the court said in its ruling on Thursday Apr. 29. “The appellants, some of whom are still very young, have had their liberties violated by the challenged provisions.” “Virtually every freedom is potentially affected by these future emission reduction obligations because almost every area of human life is associated with the emission of greenhouse gases and is therefore threatened by drastic restrictions after 2030,” it added.

The government will now have to revise the law by the end of next year. The decision was welcomed by climate activists. Luisa Neubauer, one of the nine activists and one of the founders of the German Fridays For Future movement, called it “a huge win for the climate movement.”

“Today, the German constitutional court has decided that climate justice is a fundamental right. Today’s inaction mustn’t harm our freedom & rights in the future,” she tweeted.