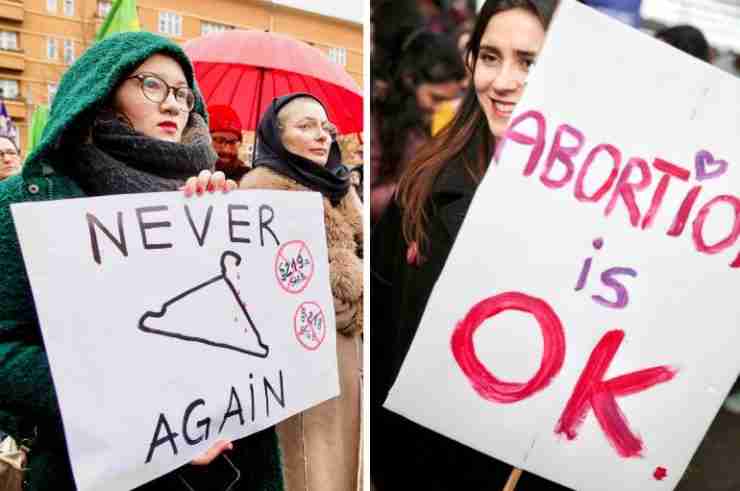 Germany has abolished a Nazi-era law forbidding doctors from offering information about abortions.

Under the law, which was adopted in 1933, doctors who publicly “offers, announces [or] advertises” abortion services could be jailed for two years or fined, according to the Guardian.

It was reformed three years ago to allow doctors to state that they perform abortions but still prevented them from advertising or providing medical details about the procedure, according to DW.

Abortion is technically illegal in Germany and punishable by up to three years in prison. However, women and doctors do not face penalties if it is carried out within the first 12 weeks of the pregnancy with mandatory counseling. It is also permitted under certain circumstances, including cases of rape and when the woman’s life is at risk.

In 2017, Dr. Kristina Hänel, a general practitioner in Giessen was fined 6,000 euros for posting information about abortion on her website.

She refused to remove the content and took the decision all the way to the country’s highest court, which eventually upheld the law and ordered her to pay a reduced fine.

Hänel’s case shone a light on the issue of abortion advertising in Germany, and she became one of Germany’s best known abortion rights activists, according the New York Times.

On Friday June 24, lawmakers voted to repeal the law, scrapping any criminal court sentences under the law since October 1990 and ongoing proceedings.

“For almost a century, doctors have been forbidden and punishable by penalty from providing factual information about methods and possible risks to women who are considering terminating a pregnancy,” the Justice Minister said in a statement, Reuters reported. “Today, this time of distrust in women and distrust in doctors is coming to an end.”

Germany’s new government, led by Chancellor Olaf Scholz, had promised to repeal the ban in November.

“Its such a relief after five years of grueling battles,” Hänel, who traveled to Berlin to witness the decision, told the New York Times. “I can now simply put my information back on the website so that the women who come to us can be simply be informed.”