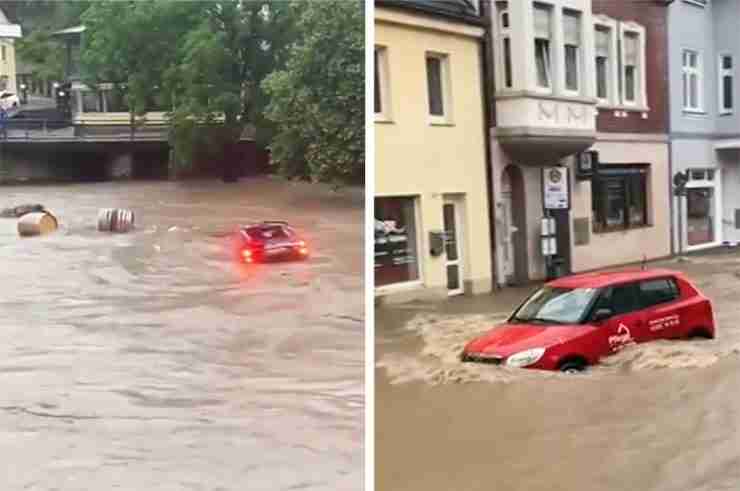 Storms and extreme rainfall across parts of western Europe in recent days caused rivers and reservoirs to swell and burst at their banks.

Water surged through cities and villages in the two western German states, sweeping away cars and causing houses to collapse.

At least 90 people were dead on Friday in the two states, 50 in Rhineland-Palatinate and 43 in North Rhine-Westphalia, and authorities say the death toll is expected to rise with more than 1,300 people unaccounted for in the Ahrweiler district of Rhineland-Palatinate.

Police say dozens of communities have been left without power and they are struggling to establish who was missing with phone networks also down.

Authorities in Belgium said 12 people had died in the country, with five still missing.

Switzerland, Luxembourg and the Netherlands have also been affected, with flash floods sweeping through villages, towns and authorities ordering thousands of people to evacuate from their homes.

Hundreds of firefighters, emergency responders and soldiers are working to rescue people from their homes and search for those missing.

“I fear that we will only see the full extent of the disaster in the coming days,” German chancellor Angela Merkel, who was on a trip to Washington, said on Thursday.

She expressed her condolences to the families of victims and said the German government would do everything it can to help those in affected regions.

“Everything that can be done, wherever we can help, we will do that,” she said, adding that other European countries had offered help.