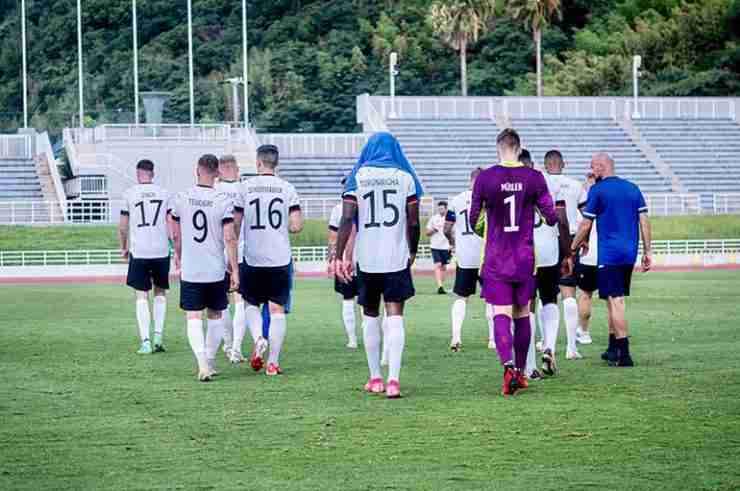 Germany’s Olympic soccer team walked off the pitch during a friendly match against Honduras after a Black German player was allegedly racially abused.

During the pre-tournament practice in Wakayama, Japan, on Saturday July 17, the whole German team left the pitch with five minutes remaining after 23-year-old Jordan Torunarigha was allegedly racially abused by an opposition player.

“When one of our players is racially abused, playing on is not an option.” Germany’s coach, Stefan Kuntz, wrote on Twitter.

Kuntz said that after the situation calmed down a bit, the whole Honduras team went to the German team and apologized, NBC Sports reported. “That was the end of the matter for us,” Kuntz said.

The Honduras Football Federation later said on Twitter that the situation was due to a “misunderstanding on the pitch.”

This friendly game, which ended in a 1-1 tie, was a pre-tournament practice played in three 30 minutes thirds instead of the traditional two 45 minute halves and was designed to warm up the teams for competitive play before the Olympics begin on Friday July 23.