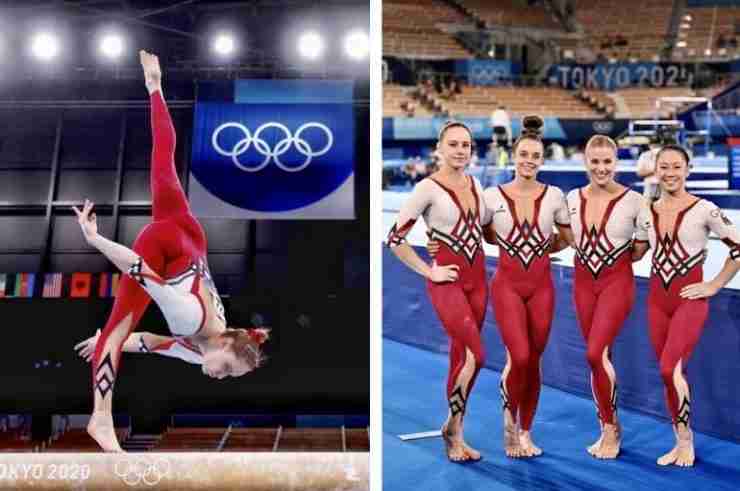 The German women’s gymnastics team competed in unitards instead of the traditional leotards at the Tokyo 2020 Olympic qualifiers on Sunday July 25 to stand against the sexualization of the sport.

Originally debuted at the European championships in Basel, Switzerland in April by German gymnast Sarah Voss, the team’s full-body leotards cover the length of the leg up to the ankle.

“We wanted to show that every woman, everybody, should decide what to wear,” gymnast Elisabeth Seitz said on Friday after the team wore unitards during a practice session.

“We girls had a big influence on this,” Voss, whose initial decision was supported by Germany’s gymnastics federation, said. “The coaches were also very much into it. They said they want us to feel the most confident and comfortable in any case. It just makes you feel better and more comfortable.”

According to the International Gymnastics Federation, gymnastics attire with full or half sleeves and leg coverings are allowed in competition, as long as the color matches the leotard.

The response to the team’s decision has been positive, with many voicing their support.

In April, Voss said she hoped she would help gymnasts who feel uncomfortable in the usual outfits to “feel emboldened to follow our example.”

The German federation has said that the issue of sexualization in gymnastics had become more important to prevent sexual abuse in the industry.

The German team placed 9th at the Olympic qualifiers, finishing just outside of the team finals.

Women athletes around the world have been taking a stance against sexist uniform regulations.

Most recently, the Norwegian women’s handball team was collectively fined 1,500 Euros ($1,765) earlier this week for wearing shorts rather than the regulation bikini bottoms at the European Beach Handball Championship in Varna, Bulgaria.