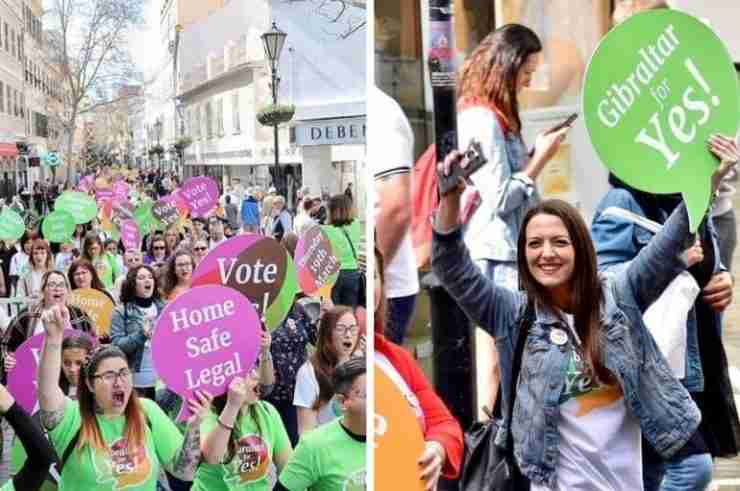 Gibraltar, a British territory of 34,000 residents located at Spain’s southern coast, has one of the strictest abortion bans in Europe. The procedure was only allowed to save a mother’s life and was otherwise punishable by life imprisonment.

However, no one has been convicted in recent history. About 62 percent of the 12,343 voters voted “yes” to change the law to allow abortion within the first 12 weeks of pregnancy if the woman’s mental or physical health is at risk or her fetus has fatal physical defects.

Under the new law, abortions would be allowed after 12 weeks in cases of severe fetal abnormality. “Historically women had either crossed into Spain, or caught a flight to the UK,” Nicole Banda, a campaign manager at Gibraltar for Yes, a group which has been campaigning for the change, told Almost.

Banda said that with the advent of online sites, medical abortions have also been on the rise with pills sent through the post, but added that women had no access to pre or post support and counseling. “We are evidently overjoyed at the resounding result,” Banda said.

“Although a lower turnout than we would have liked, 62% is a clear and overwhelming majority.” “The people of Gibraltar saw and recognized the unjust and inhumane situation women with crisis pregnancies were faced with and voted for them,” she added.

The original referendum had bee scheduled for March 2020, but was postponed due to the COVID-19 pandemic. The local government will now implement the new law in 28 days.