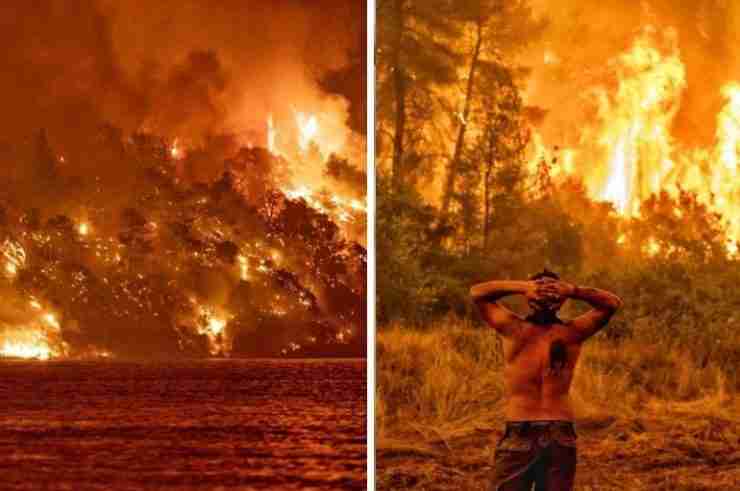 Thousands of people have been forced to evacuate across Greece as wildfires continued to ravage across the country for a sixth day on Monday Aug. 9.

The fires started last week during a record-breaking heatwave in Greece, with temperatures hitting at least 40°C.

Strong winds caused more than 150 wildfires in different areas of the country, making this outbreak the most serious since 1987, according to the New York Times.

Firefighters are battling huge fires in three major areas, with the worst on Evia, the country’s second-largest island, and another near the birthplace of the ancient Olympic games on the southern Peloponnese peninsula.

The flames have torn through tens of thousands of acres of forestland, destroyed homes and businesses and killed animals, CNN reported.

Firefighters used water-bombing aircrafts, aided by helicopters and planes, in order to save historical treasures near Athens, according to the Guardian.

Thousands of people were evacuated from their houses on Evia after the wildfires continued to spread to their homes.

Some residents fled in cars, motorcycles, by foot, and even with horses from a riding club that were wandering on the streets.

Hundreds more were evacuated from the island by ferry on Sunday, when the skies lit up red from the flames.

Greece has sought firefighting help from other countries, with several sending aircraft and firefighters and others sending aid.

Greece’s prime minister said that the government’s top priority “has been, first and foremost, to protect human lives,” adding that once the “nightmarish summer” is over, it would compensate the victims and regenerate destroyed forestland.

Wildfires are currently also blazing in Turkey, where at least eight people have died.