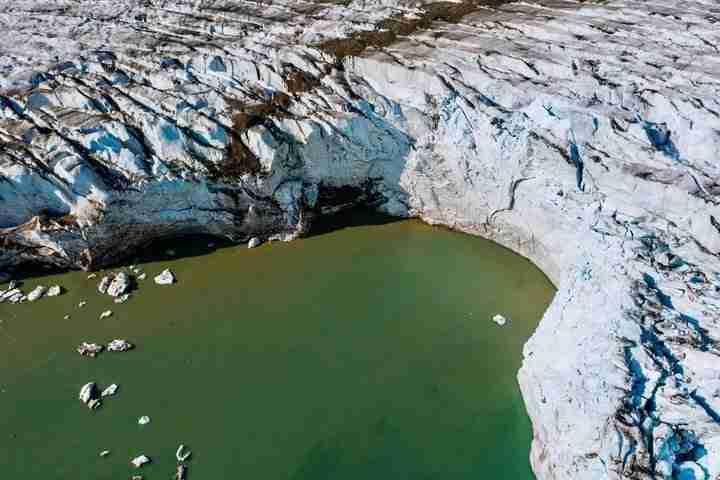 Instead of snow, rain fell on the peak of Greenland’s ice cap last week for the first time on record, causing massive melting from Aug. 14 to 16.

Temperature at the summit had almost never surpassed freezing, but it rose above freezing for the third time in less than a decade.

The rain fell for several hours at the ice sheet’s 3,216-meter summit on Aug. 14, where temperatures remained above freezing for about nine hours, scientists at the U.S. National Snow and Ice Data Center said.

The rain dumped 7 billion tons of water on the ice sheet, causing surface snow to melt and stream into the ocean, CNN reported.

“That’s not a healthy sign for an ice sheet,” a glaciologist told Reuters. “Water on ice is bad. It makes the ice sheet more prone to surface melt.”

Although the Greenland ice sheet, the second largest ice body in the world, gains mass over the winter from snow, the ice sheet’s mass has begun to decline as warmer temperatures have led to increased melting outpacing the accumulation of snow in winter.

A rise of this level would inundate almost every major coastal city in the world, according to studies.