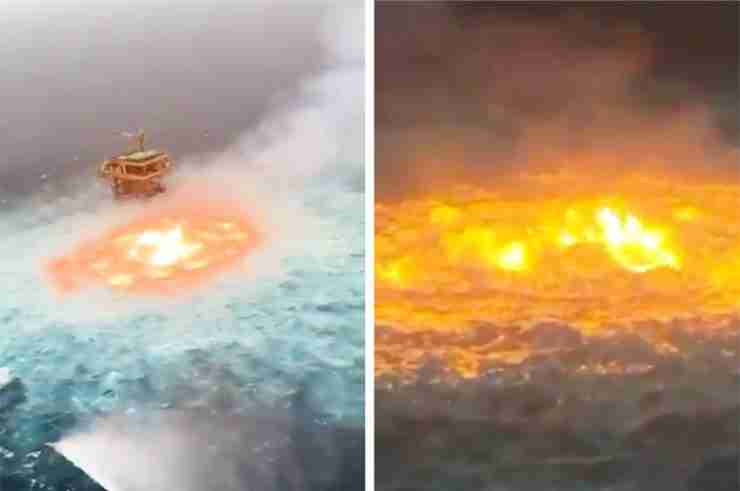 The fire broke out off the coast of Campache, Mexico, near an oil platform owned by Mexico’s state oil company, Pemex, at 5:15 am local time due to a leak from an underwater pipeline, Pemex, which controls the pipeline said.

Videos showed a massive “eye of fire” on the surface of the water, with ships working to extinguish it by pouring water onto the flames.

Pemex said it immediately activated security protocol and put out the fire by 10:45 am with the help of nearby fire-fighting vessels and shut off the valves on the 12-inch-diameter pipeline.

The head of Mexico’s oil safety regulator ASEA wrote on Twitter that the incident “did not generate any spill,” according to Reuters. He did not explain what was burning on the water’s surface.

No injuries were reported, and Pemex said they will be carrying out an investigation into the incident.