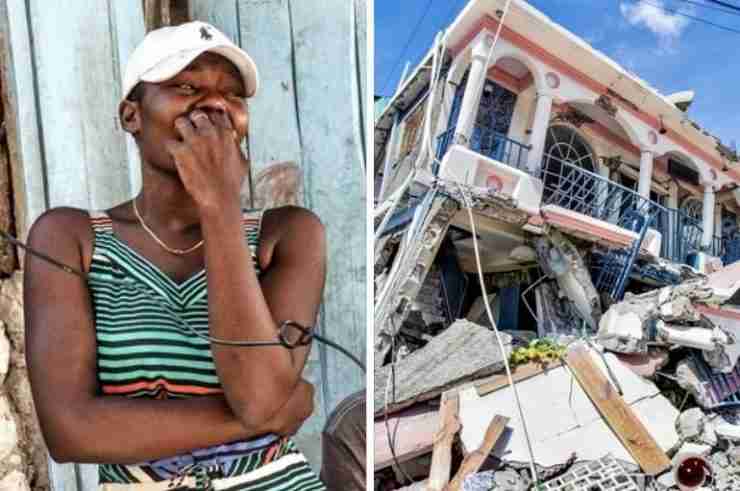 At least 1,297 people are dead and more than 5,000 injured in Haiti after the island was struck by a magnitude 7.2 earthquake on Saturday morning.

The quake hit around 8:30am local time on Aug. 14 in the west of the country near the town of Les Cayes, flattening entire buildings and leaving people trapped under the rubble.

Authorities say some 13,000 houses were damaged, and an unknown number of people remain missing.

“The streets are filled with screaming,” the head of an Anglican church in Les Cayes, Archdeacon Abiade Lozama, told the New York Times. “People are searching, for loved ones or resources, medical help, water.”

Access to another nearby city, Jeremie, has been cut off due to a landslide caused by the earthquake, and phone lines were down in Petit Trou de Nippes, near the epicenter of the quake.

Hospitals have become completely overwhelmed, and authorities are rushing to bring doctors into the region.

In Jeremie, doctors were treating patients on stretchers under trees and on mattresses on the side of the road, Reuters reported.

“The most important thing is to recover as many survivors as possible under the rubble,” Henry said.

The US Geological Survey said the magnitude 7.2 quake was more powerful than a 7.0 earthquake that hit the country in 2010 and killed some 300,000 people.

The country is still reeling from the effects of the 2010 quake, which leveled much of the capital, Port-au-Prince, as well as the assassination of its president, Jovenel Moïse, last month.

The US and nearby countries such as the Dominican Republic, Mexico and Colombia have sent aid including much needed food and medicine, as well as search and rescue personnel.

The U.S.G.S. said the tremor was felt as far as 321 kilometers (200 miles) away in Jamaica and aftershocks have continued to ripple through the region.