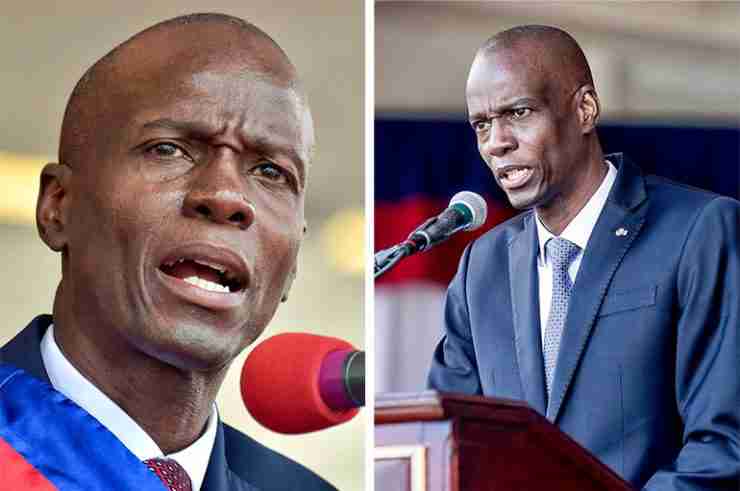 Haiti’s president Jovenel Moïse has been assassinated in his home in an early morning attack on Wednesday July 7.

The country’s acting prime minister Claude Joseph told a local radio station that Moïse, 53, had been killed by an “armed commando group” that included foreigners who spoke English and Spanish.

The group of unidentified gunmen stormed Moïse’s house in Port-au-prince at about 1 a.m. local time, killing the president and critically injuring his wife, Martine Moïse, who has been flown to a hospital in Miami, Florida.

The first lady is reportedly in a stable but critical condition.

In a televised national address later on Wednesday, Joseph, who said he was now in charge of the country, declared a “state of siege” and called for calm.

He said that the killers would be brought to justice and that the situation was “under control.”

The chief of police said late Wednesday that police have killed four suspects in the assassination in a gun battle and two others were arrested.

He added that three police officers who had been held hostage have been freed and that police were still pursuing some suspects.

Authorities have not named any of the suspects.

“This was a well-orchestrated commando attack,” Haiti’s ambassador to the US, Bochit Edmond, told the Guardian. “They presented themselves as DEA agents, telling people they had come as part of a DEA operation.”

The attack came just a day after Moïse named a new prime minister to head the government and make preparations for presidential elections.

The country has been rocked by widespread protests in recent months demanding Moïse, who had been ruling by decree for more than a year, resign.

Many contended that his term ended on Feb. 7, exactly five years after his predecessor stepped down in 2016, but Moïse – backed by the US and the Organization of American States – said his term did not end until February 2022 as he only took power in 2017 after winning a re-run that had been delayed.

As the dispute continued and legislative elections in October 2019 were delayed, Moïse continued ruling and tried to push through a new constitution that would have given his office more power and the ability for presidents to seek more terms in office, according to the New York Times.

He wa also accused of working with gangs to stay in power, according to the New York Times.

In February, he said authorities had foiled an attempt to kill him and overthrow the government and arrested 23 people, including a top judge and a senior police officer.

Less than a day before his assassination, he had appointed a new prime minister, Ariel Henry, to head the government and prepare for presidential elections. Henry had not yet been sworn in to replace Joseph at the time of Moïse’s assassination.

Joseph told the New York Times that he was the one running at the country at the moment. However, it’s unclear how long he would remain in power or who would take over.

Although the country’s constitution says the prime minister and the council of ministers become the president upon the death of the president, it also says that in the final year of the president’s term, the National Assembly will elect a provisional president.

However, the National Assembly is now essentially defunct as the legislative elections were delayed, the President of the National Association of Haitian Judges, Jean Wilner Morin, told CNN.