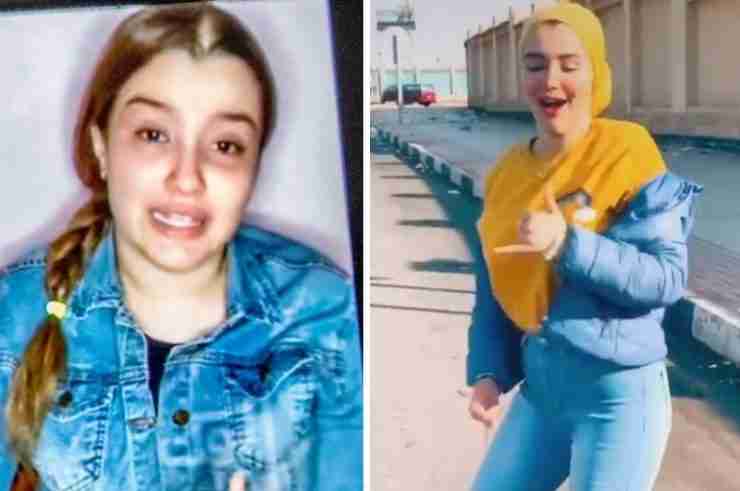 An Egyptian woman TikTok creator who amassed over 900,000 followers on TikTok for her lip-syncing and dancing videos has been sentenced to 3 years in prison for human trafficking.

20-year-old Haneen Hossam was found guilty of human trafficking and exploiting young girls on March 18 after she invited her followers to join a video sharing platform on a TikTok video. It is unclear how the charges connect to one another.

In April 2020, authorities first detained Hossam for inviting her followers to join Likee, a video-sharing platform similar to TikTok where people can earn money producing content.

Hossam and Mawada al-Adham, another famous Egyptian TikTok creator, were sentenced to 2 years in prison for violating family values and principles.

At the same time, the court fined them and other five women around $20,000 Egyptian pounds(£15,300) for posting videos online, according to the BBC.

She appealed her case and the court overturned their sentence on January 2021. However, soon after, the prosecutors introduced the charge of human trafficking.

The initial sentence was 10 years in prison, but the Cairo Criminial Court lowered her sentence to three years.

Hossam’s case is one of many in which Egyptian authorities have targeted female social media influencers, according to human right organizations.

The most recent court ruling is final and can’t be appealed.