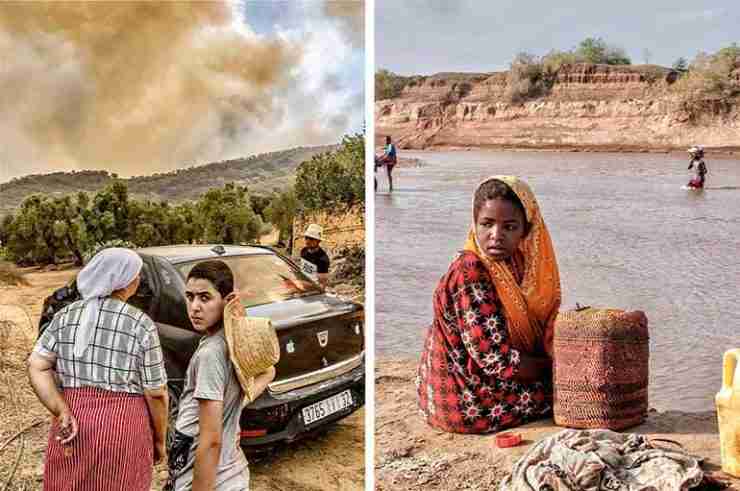 Heatwaves have led to record-breaking temperatures and massive wildfires across Europe, forcing thousands to evacuate.

As global warming intensifies and leads to more extreme weather events, some climate change stories should not be forgotten.

These are the biggest stories you might not have heard about.

Countries are recording their hottest summer ever.

Other Western European countries such as Germany and France have recorded their hottest summer of the year.

Extreme heat has caused major wildfires to spread across several countries in western Europe and northern Africa, including Spain, Portugal and Morocco.

Meanwhile, rivers and reservoirs are drying up in Italy and Germany from drought.

But Europe’s widely covered heatwave is just one of the many global warming events happening in recent years.

In March and April, heatwaves hit India and Pakistan, killing at least 90 people.

The event was made 30 times more likely because of climate change.

In the Middle East, Iraq is experiencing its 3rd consecutive year of drought.

In East Africa: Somalia, Kenya, Ethiopia and Djibouti are experiencing the driest conditions and hottest temperatures since satellite record-keeping began.

1 in 3 people in Africa are affected by water scarcity.

13 million people in the Horn of Africa were facing severe hunger in the first quarter of 2022 as a result of the drought, according to the UN’s World Food Programme.

Africa as a whole contributes to about 2-3 % of global emissions that cause global warming and climate change. However, it suffers the heaviest impacts of the climate crisis.

Studies have shown that a group of developed and industrialized countries, the “Global North”, are responsible for most of the carbon emissions that influence global warming.

The “Global South”, on the other hand, are left in a position of disadvantage. Often, voices in these countries are missing, increasing inequalities.