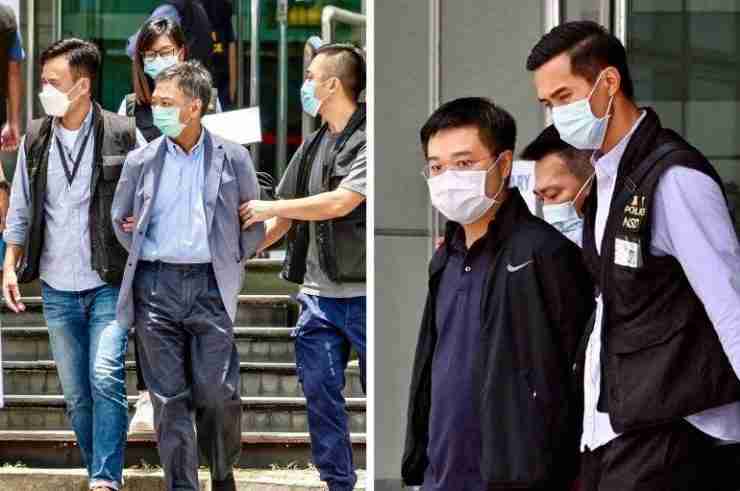 The five, including editor-in-chief Ryan Law and CEO Cheung Kim-hung, were arrested on suspicion of “conspiring to collude with foreign countries or forces to endanger national security” for articles police said were calling for foreign sanctions on Hong Kong and China.

Police also confiscated several items after five hours of interrogation, including 38 computers containing journalistic materials as “evidence of crime,” according to Apple Daily. Authorities froze millions of dollars worth of assets. Next Media, the parent company of Apple Daily, has stopped trading. The next day, Apple Daily increased its print run to 500,000 copies.

The day’s cover featured a photo of the five arrested directors and “We Must Press On”, a quote from Cheung at the bottom written in yellow, a color associated with Hong Kong’s pro-democracy movement.

“Today’s Hong Kong feels unfamiliar and leaves us speechless. It feels as though we are powerless to stop the regime from exercising its power as it pleases,” Apple Daily staff wrote in a letter to its readers. “We will continue to persist as Hongkongers and live up to the expectations so that we have no regrets to our readers and the times we are in,” the letter read.

“History will pass judgement on today’s accusations against Apple Daily. In an era where the regime can draw arbitrary red lines, the staff of Apple Daily will remain in their positions and report the truth for Hong Kong people in a legal, reasonable and fair manner.”

Thousands of people lined up to buy the paper to show their support.

On Friday, Law and Cheung were charged for foreign collusion offences, according to the Guardian.