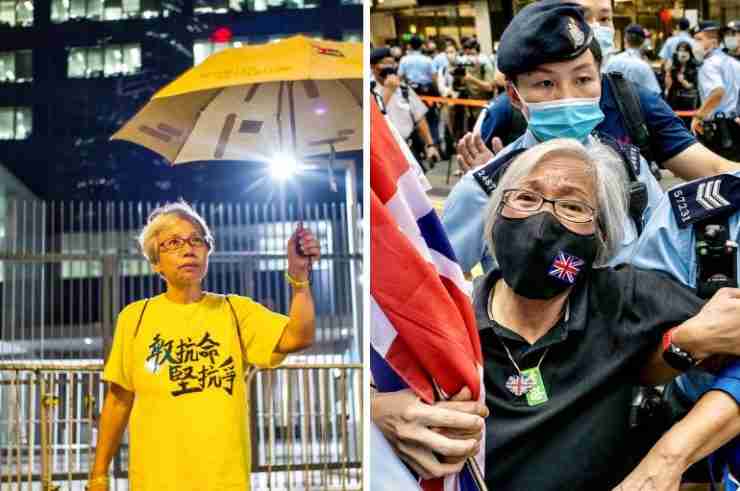 Alexandra Wong, a 66-year-old veteran Hong Kong activist known affectionately as Grandma Wong, has been sentenced to 32 weeks in prison for taking part in anti-government protests in 2019.

Wong is a regular fixture at pro-democracy protests, where she is usually seen waving a British union jack flag.

On Wednesday July 13, she was found guilty of two counts of illegal assembly related to two anti-government protests in 2019.

She was accused of shouting slogans and waving flags that encouraged the illegal gatherings.

She was jailed for eight months over the protests’ “scale and disruption to social order,” according to AFP.

During the hearing, Wong criticized Hong Kong’s government as an “authoritarian regime.”

The veteran activist, who has been jailed over protests before, famously disappeared for 14 months during the 2019 pro-democracy rpotests while she was visiting Shenzhen in China.

She later reemerged in October 2020 and told the media that she had been detained and held by Chinese authorities, who interrogated her and forced her to sign a confession and renounce her activism.

She said she had been kept in Shenzhen for 12 months afterwards. Upon her return, she pledged to continue protesting.

Koo had planned to stage a one-man protest against the Beijing Winter Olympics in February but was arrested before he could do so.