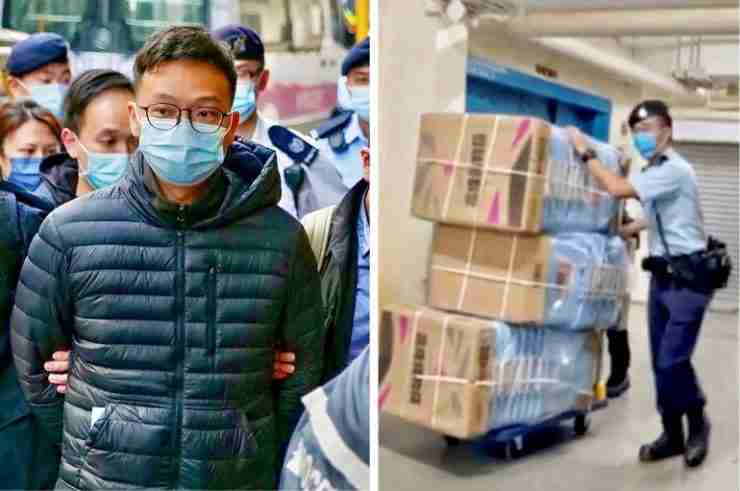 Authorities said in a news conference that Stand News had published “inflammatory” content aimed at inciting hatred towards towards the government, citing the outlet’s coverage of the pro-democracy protests in 2019.

Those detained included the current and former editor-in-chiefs, Patrick Lam and Chung Pui-kuen, a deputy editor, board members and pop star and pro-democracy activist, Denise Ho, who was a former board member.

Within hours, Stand News announced it was shutting down.

In a statement on its website, it said that it was deleting its website and social media and that all staff had been dismissed.

It said police had seized several computers and documents and that the outlet would assist police with the investigation.

“Stand News’s editorial policy was to be independent and committed to safeguarding Hong Kong’s core values of democracy, human rights, freedom, the rule of law and justice,” the announcement read. “Thank you, readers, for your continued support.”

Hong Kong’s No. 2 official, John Lee, said in a separate news conference that the Stand News had abused its position as a media outlet to endanger national security and damage press freedom.

This is just the latest crackdown on press freedom in Hong Kong.

Earlier in the year, pro-democracy newspaper Apple Daily was forced to close down after authorities arrested and charged its top directors and editors and froze the company’s assets under the national security law.

Apple Daily’s founder Jimmy Lai has been sentenced to 20 months in prison for supporting the pro-democracy movement and is facing new charges of sedition in relation to the newspaper. He faces life in prison for other charges, according to the New York Times.