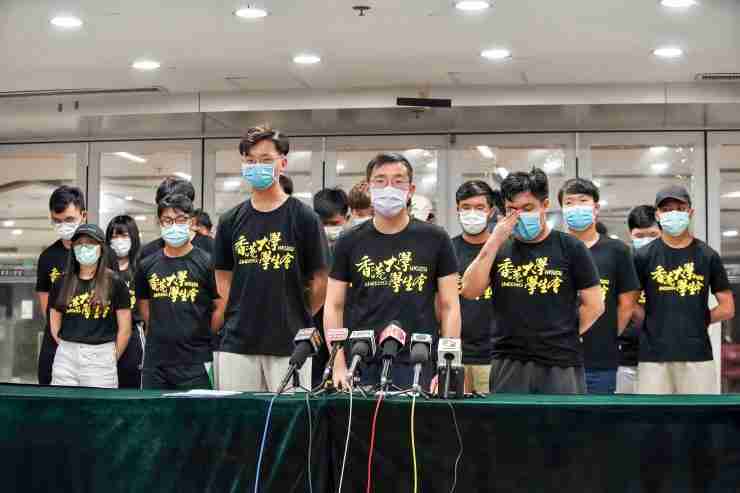 Four student leaders from University of Hong Kong (HKU) were arrested on Wednesday Aug. 18 for “advocating terrorism” after they mourned a man who attacked the police and subsequently took his own life.

On July 7, HKU’s Student Union passed a motion to express “deep sadness” over the death of 50-year-old Leung Kin-fair and to praise his sacrifice during an online meeting.

Leung Kin-fai had stabbed himself in the heart on July 1 soon after he attacked a police officer. Authorities called Leung the “July 1 attacker” and a terrorist, while some Hong Kongers called him a warrior.

The incident sparked huge controversy among the Hong Kong government. The next day, the Student Union apologized and withdrew their motion and the union’s president’s resigned. However, Hong Kong’s Chief Executive Carrie Lam called on HKU and the police to take further action.

HKU later announced that it would no longer recognize the Student Union and would ban students involved in the online meeting from entering the campus.

Four male Student Union members, aged between 18 and 20, were taken from their residences and arrested on Wednesday, National Security Department police said in a press conference.

Authorities said the crimes the students committed were irreversible after a reporter asked why the students had no second chance after withdrawing the motion. “The withdrawal of the motion can only be regarded as an apology,” the official said.