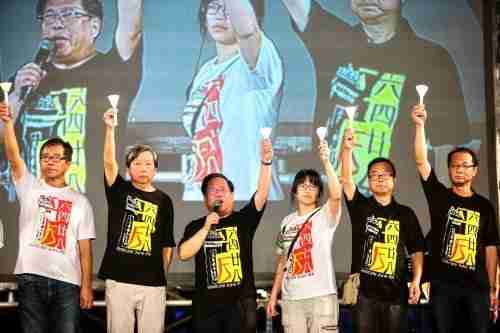 Nine Hong Kong pro-democracy activists have been jailed for up to 10 months for participating in a banned vigil commemorating the 1989 Tiananmen Square massacre.

The nine were among 12 people who pleaded guilty early this month to taking part in the vigil. Three others were given suspended sentences.

Albert Ho, the vigil organizer, was sentenced to 10 months for incitement and attending the event.

Critics believe the ban is part of the crackdown on opposition in Hong Kong following months of anti-government protests in 2019, AP reported.

Despite the ban, thousands of people gathered at Victoria Park last year, lighting candles and sining songs, and it happened again this year with a smaller crowd.

20 activists were then arrested and 24 charged over the vigil.

Four defendants, including activist Joshua Wong, pleaded guilty and were sentenced in May.

The remaining eight defendants, including Chairperson of the Alliance Lee Cheuk-yan and pro-democracy media tycoon Jimmy Lai, will face trial starting November 1, according to HKFP.

“They wrongly and arrogantly believed their common purpose was more important than protecting the community or the public’s right to protection from a serious health risk.”

Supporters who were sat in the public gallery stood up and shouted “hang in there” while the defendants entered the dock.

“I hope that everyone can stay safe during the turbulence,” Chiu, one of the defendants, said to the press, adding that they had been mentally prepared to go to jail.

The Beijing Tiananmen massacre occurred on June 4, 1989 when China government deploy to crack down on student-led demonstrations, killing thousands of people.