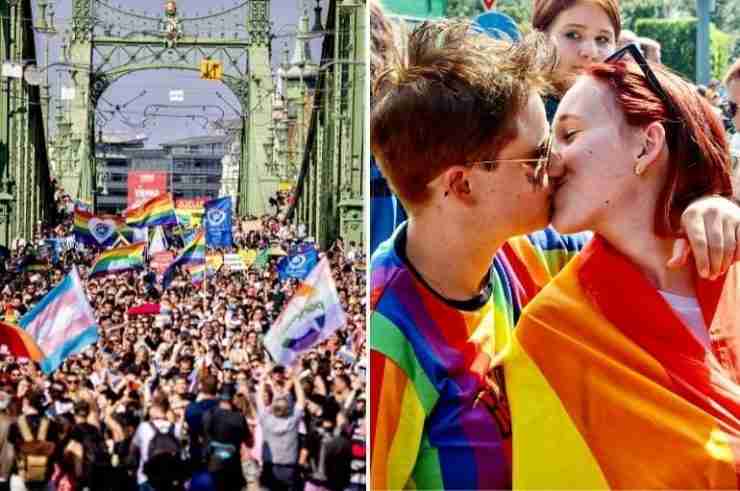 Thousands of people marched through Budapest, the capital of Hungary, on Saturday July 24 in a huge pride march to protest the country’s latest anti-LGBTQ law.

Budapest Pride has held a celebration annually, but the march this year also represented a historic protest against LGBTQ discrimination.

Just days prior, Hungary’s far-right prime minister Viktor Orbán announced that his government would hold a referendum on a new law that bans LGBTQ content for children to “protect” them.

The law prohibits content seen as “promoting” homosexuality and changing genders to under-18s, including educational materials and advertisements.

Participants gathered and marched down Liberty Bridge in Budapest.

Photos show attendees holding signs reading, “Group of supporting parents”, “I love you, support you, accept you”, and “equal rights”.

“For us, it is more like a struggle, a demonstration,” Johanna Majercsik, one of the Budapest Pride organizers, said in an interview.

A spokesperson for Hatter, the country’s leading LGBTQI rights association, told BBC that the new law “encourages” and “legitimizes being openly homophobic or transphobic”.

Majercsik said LGBTQ people in Hungary are in fear and outrage. “Two kinds of feelings are now developing in the entire society and also in the narrower LGBTQ community,” she said.

More On LGBT Rights In Hungary