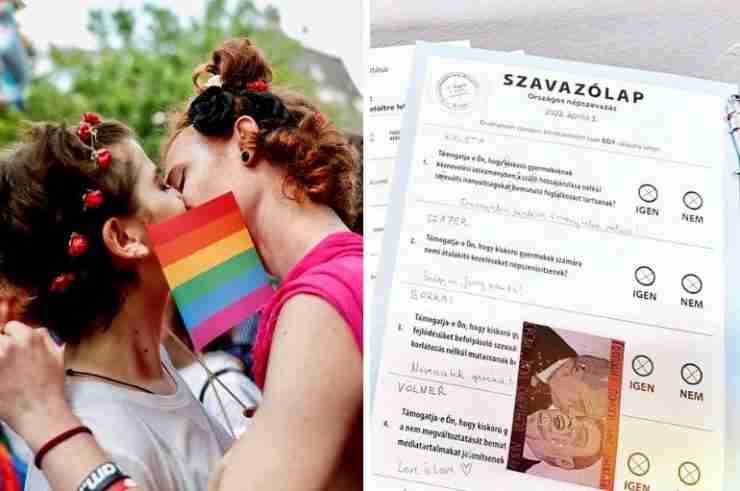 A referendum in Hungary to ban LGBT content for children has failed after it failed to receive enough votes to be considered valid.

It was proposed by the far-right prime minister president Viktor Orbán, whose nationalist party added it to a separate bill that punishes pedophilia to make it harder for lawmakers to vote against.

The law was widely criticized by the international community and rights groups, and the European Commission launched legal action against Hungary in July 2021 over violating the “fundamental rights of LGBTIQ people” under EU law.

In response, the Hungarian government announced in January that it would hold a referendum on the law on April 3, the same day as the country’s general election.

In the referendum, people were asked whether they supported teaching children about sexual orientation in schools without parental consent, promoting gender reassignment procedures to children, exposing minors to sexually explicit media content without any restrictions and content on gender changing procedures.

Human rights groups urged voters to cast invalid ballots to defeat the referendum, which needed more than 50 percent of eligible voters to cast a valid vote to be valid.

On April 3, Orbán was elected for a fourth term, but the referendum received less than 50 percent of valid votes, with 20 percent of eligible voters – about 1.6 million people – spoiling their ballots.

Hungarian people showed off their invalid ballots on social media as a sign of protest.

Some Hungarians were even creative in their protest.

In 2020, the Hungarian government banned a children’s book called “Wonderland Is For Everyone,” which recast some fairy tale characters to represent minorities, such as the Roma and LGBTQ people.

Orbán called it “homosexual propaganda” and demanded it be banned from schools.

Same-sex marriage is illegal in Hungary, where the constitution states that marriage is for heterosexual couples.

The government has also banned gay couples from adopting children and stopped legally recognizing gender changes, even for transgender people.