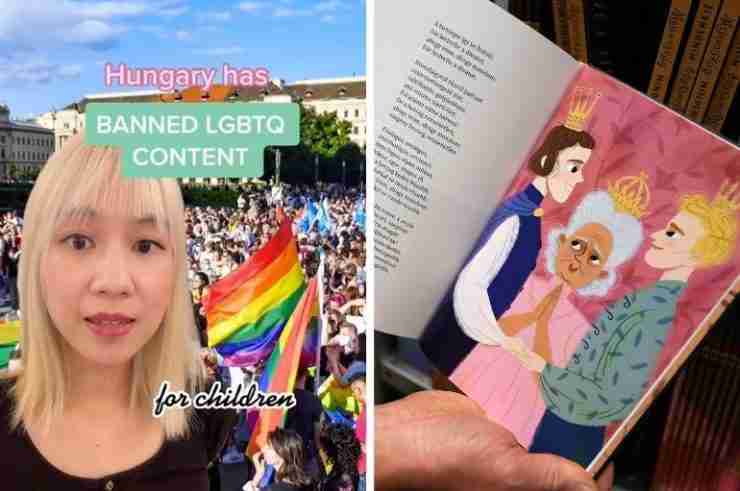 The law bans content seen as “promoting” homosexuality and changing genders to under-18s, including books, educational materials and advertisements. It was proposed by the far-right prime minister president Viktor Orbán, whose nationalist party added it to a separate bill that punishes pedophilia to make it harder for lawmakers to vote against.

Despite opposition lawmakers boycotting the vote in protest, the assembly passed the law by 157 votes to one on Tuesday Jun. 15. Only one independent lawmaker voted against it.

“There are contents which children under a certain age can misunderstand and which may have a detrimental effect on their development at the given age, or which children simply cannot process,” a Hungarian government spokesperson said, adding that this could “confuse their developing moral values or their image of themselves or the world.”

Last year, the Hungarian government banned a children’s book called “Wonderland Is For Everyone,” which recast some fairy tale characters to represent minorities, such as the Roma and LGBTQ people. The prime minister called it “homosexual propaganda” and demanded it be banned from schools.

“The law is incompatible with the fundamental values of European democratic societies as well as the values of the Hungarian citizens and is only the latest of many shameful attacks on LGBTIQ rights by Viktor Orbán’s government,” a member of the Hungarian opposition said, the Guardian reported.

Human rights groups have denounced the law as the latest attack on the LGBT community, and thousands of protestors gathered near parliament in Budapest, calling on Orbán’s party to withdraw the bill.

The country’s constitution states that marriage is for heterosexual couples, and the government has banned gay couples from adopting children and stopped legally recognizing gender changes, even for transgender people.