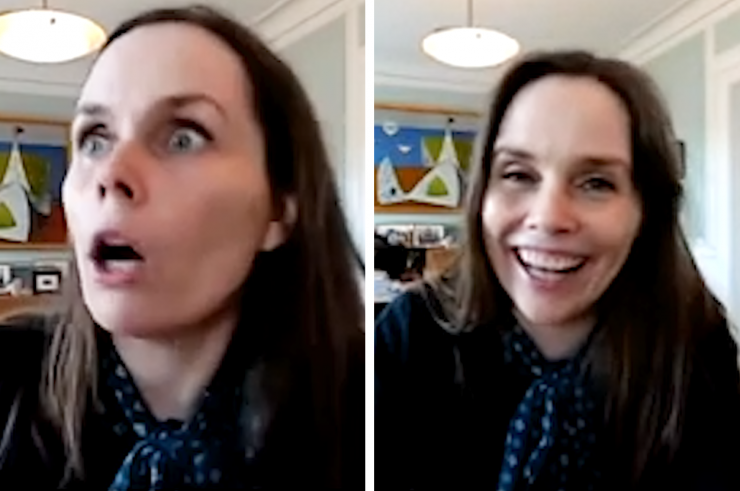 Iceland’s Prime Minister, Katrín Jakobsdóttir, was interrupted by a 5.5 magnitude earthquake during a live interview with The Washington Post on Tuesday but managed to brush off the interruption and finish her response.

Jakobsdóttir had been discussing the impact of the pandemic on tourism from her home office, when her house in Reykjavík started to shake, shocking the Icelandic Prime Minister.

She momentarily stopped the interview with a gasp, stating there was an earthquake, before quickly collecting herself saying with a laugh, “Well, this is Iceland.”

Jakobsdóttir then continued her response to the question before confirming that she – and the house – were still perfectly fine.

Jakobsdóttir is not the first world leader to be have been interrupted by an earthquake this year, as New Zealand’s Prime Minister Jacinda Ardern was also hit by a 5.8 earthquake in May while she was discussing lifting coronavirus restrictions live.