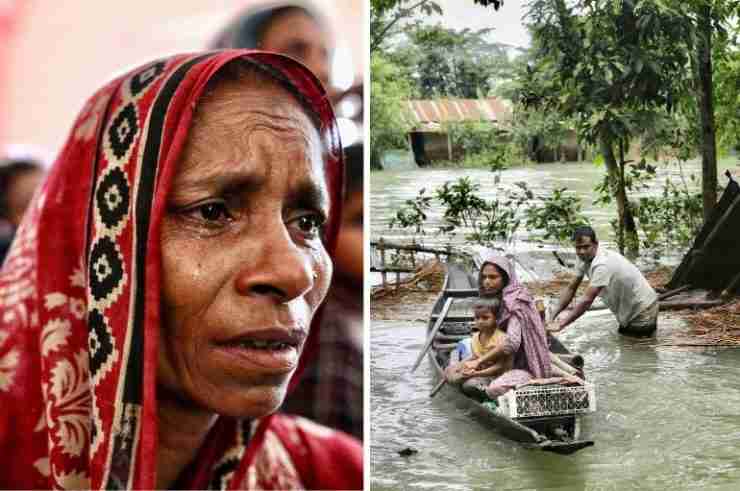 Heavy rains have caused some of the worst floods in parts of Bangladesh and India, killing at least 100 people and stranding millions without food and water, according to authorities.

Monsoon season usually brings rain to Southeast Asia at the beginning of June, but heavy rains have hit India and Bangladesh as early as March this year.

Authorities from India’s northeastern Assam State said all 33 districts have been affected, with the death toll increasing to 73 on Monday.

On the other hand, Bangladesh authorities have reported 32 deaths and are evacuating more than 300,000 people from Sylhet, one of the hardest hit parts of the country.

Osmani International Airport in Sylhet, one of Bangladesh’s largest airport, has canceled all flights since Friday after it flooded.

“Four million people, including 1.6 million children, stranded by flash floods in north-eastern Bangladesh are in urgent need of help,” UNICEF said in a released statement.

“Some people have been without water at home for three days. They have no food at home and can’t get to the market to buy supplies,” an Al Jazeera journalist, Tanvir Chowdhury, reported.

The main issue authorities are facing in both countries is providing safe and clean water to their residents.

“Our main issue right now is a lack of drinking water and food, but we are arranging for (some) and trying to transport it using helicopters,” an official from Bangladesh’s Sylhet said, according to CNN.

Many parts of Bangladesh and neighboring areas of India are prone to flooding, but experts say climate change is increasing the likelihood of extreme weather events around the world.

South Asia has also been reeling from an intense heatwave at the same time, with temperatures touching nearly 50 degrees Celsius (122 Fahrenheit) in some places.