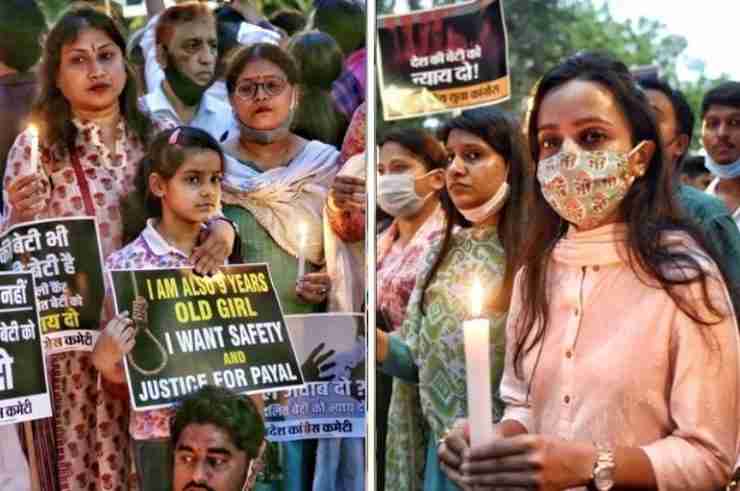 Protests have broken out across India after a nine-year-old girl was allegedly gang-raped and murdered.

Police say the girl, who cannot be named under Indian law, had been murdered when she went to fetch water from a nearby crematorium on Sunday Aug. 1.

After she failed to return for over an hour, her mother went searching for her and found her daughter dead at the crematorium.

The mother said the crematorium’s head priest told her that her daughter had been accidentally electrocuted when she stepped on a wire, but she noticed signs of abuse on her daughter’s body.

“Her nose was bloody, her lips were black and her wrists were bruised and bloody,” the mother told the Wall Street Journal.

The mother said the priest and three other men then force cremated her daughter’s body, ignoring her pleas to wait for her husband to arrive and determine what had happened.

By the time her husband arrived with more than a hundred villagers, her daughter’s body had already been mostly burned and any evidence of alleged rape destroyed, she said.

She said that the priest and men threatened her, telling her not to go to the police because she was poor and won’t be able to fight the case in court.

The girl and her family are members of the low caste, marginalized Dalit community.

Police told Reuters they have arrested four men in connection with the girl’s murder on charges of rape, murder and criminal intimidation. An investigation has been opened and is underway.

The incident has sparked nationwide outrage, with hundreds of protesters taking to the street for days in a row to demand justice for the girl.

India is one of the most dangerous places in the world to be a woman. According to government data from last year, a woman is raped every 15 minutes in the country, Al Jazeera reported.