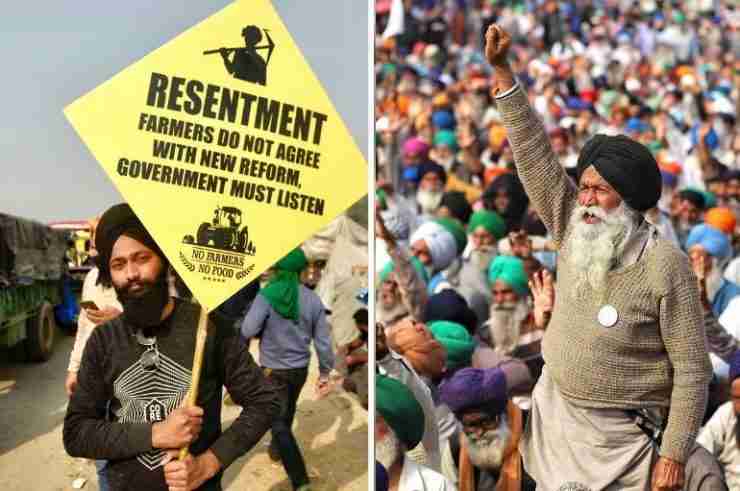 Tens of thousands of farmers have flooded the streets across India in an ongoing protest against new laws deregulating agriculture that they say may lower crop prices and lead to corporate exploitation.

Under the three new laws, which were passed in September, the government would no longer serve as a middle man between farmers and companies and guarantee minimum prices for crops.

Prime minister Narendra Modi said the laws will give farmers the freedom to set their own prices and sell directly to companies. However, farmers are concerned the laws could help big companies lower prices as the government would no longer explicitly guarantee minimum prices for crops, as well as corporate takeovers of their small farms, the New York Times reported.

More than half of India’s workforce of 480 million people are agricultural workers, according to India’s 2011 census, CNN reported.

Farmers began blocking the roads into the capital, New Delhi, last week, and protests have since spread across the country. Authorities have said that they will not repeal the laws, but they could compromise on one of the farmers’ demands by legally ensuring minimum prices for some crops, according to the Times.