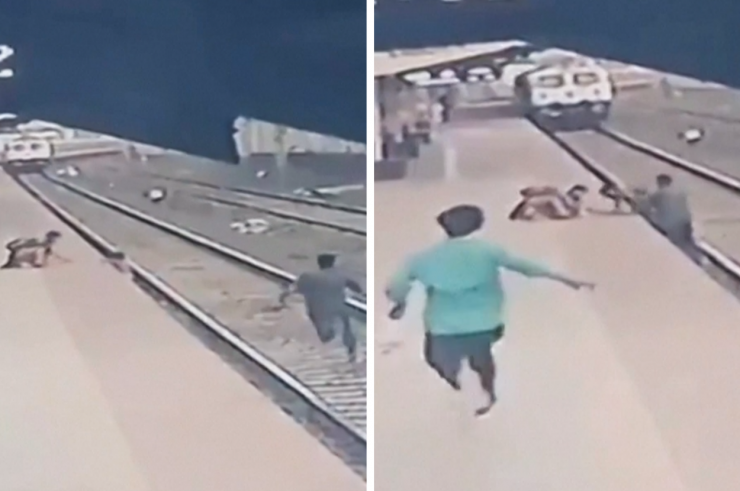 A railway worker in Maharashtra, India, risked his life to save a child who fell onto the tracks from an oncoming train on Saturday Apr. 17.

CCTV footage showed the 6-year-old boy slipping and falling onto the train track at Vangani station and his mother struggling to help him before Mayur Shelke, a pointsman, sprinting along the tracks, lifting the boy to safety and climbing onto the platform himself just as a train drove through the station.

“I ran towards the child but also thought that I might be in danger too. Still, I thought I should save him,” Shelke told Indian news agency ANI. He added that the woman was visually impaired and would not have been able to help.

India’s Ministry of Railways shared the clip of the incident to Twitter on Monday Apr. 19 and praised Shelke’s “bravery and utmost devotion to the duty.”

The ministry also said it had rewarded Shelke with 50,000 rupees for “the act of bravery, courage and presence of mind on duty.”