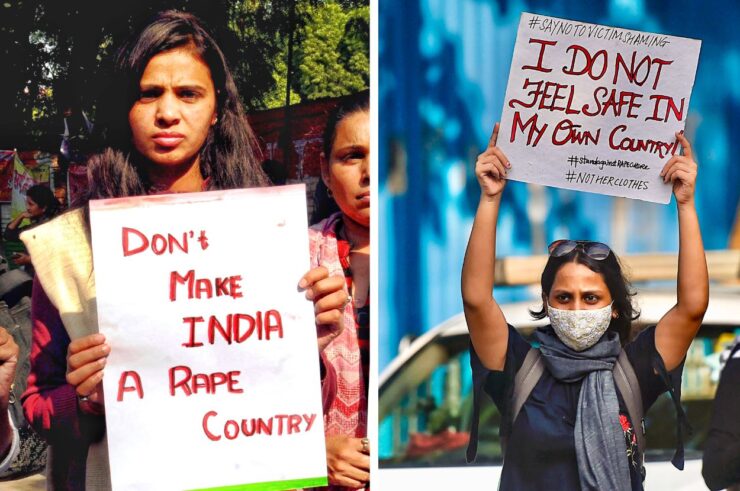 Two teenage sisters have been found raped, murdered and hanging from a tree in India.

Police found the bodies of the girls, aged 15 and 17, in Lakhimpur district in Uttar Pradesh on Wednesday Sep. 14 after the family reported that the girls had been kidnapped.

Six men have been arrested on charges of rape and murder.

Local police said the girls had been raped in a field and strangled to death with their shawls, adding that the men had hung the girls’ bodies from a tree to make it look like suicide, the Guardian reported.

Police said the girls, who belonged to the India’s low caste, marginalized Dalit community, had known the men but the family have denied this, saying the girls had been kidnapped.

The girls’ mother told local media that the men had turned up at their house and abducted them on scooters.

“I tried to stop them and ran behind them, but they beat me up and left. I shouted and ran back to seek help from the villagers,” she said.

The incident reignited outrage against violence against women in India, leading to protests and calls for justice.

India is one of the most dangerous places in the world to be a woman.

According to government data from 2020, a woman is raped every 15 minutes in the country, Al Jazeera reported