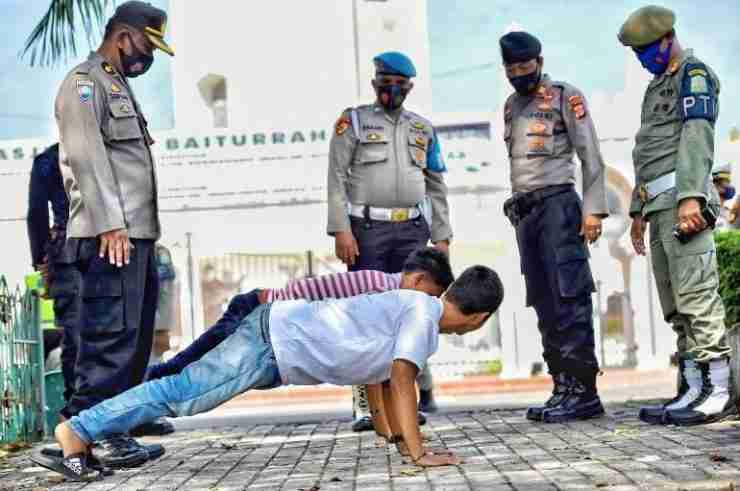 People in Indonesia who don’t wear face masks and break coronavirus restrictions may now be forced to do push ups as punishment.

With COVID-19 cases continuously rising in the country, some regions have implemented unconventional penalties for those who break the rules for containing the virus and refuse to pay a fine.

According to the Jakarta Post, some of the other punishments include picking weeds, running a 800 meter sprint under the sun, sweeping roads, digging graves and lying in a coffin to reflect on their actions as police officers and members of military watch over them.

Indonesia has the highest number of COVID-19 cases and deaths in southeast Asia, with more than 470,600 confirmed cases and 15,200 deaths, according to the New York Times.