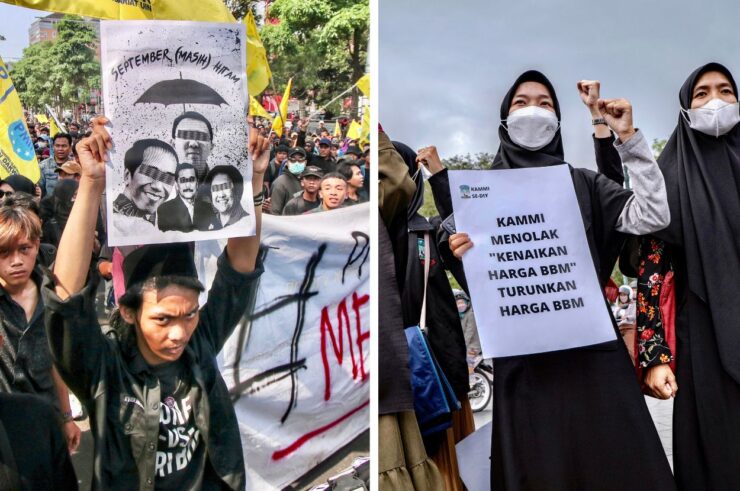 Indonesia will review its minimum wage and other labor rules after the country was rocked by nation-wide protests over an increase in petrol prices.

Thousands of people took to the streets in the Southeast Asian country starting Monday Sep. 5 to demonstrate against a 30 percent increase in fuel prices, which has been subsidized for decades.

Indonesia’s president Joko Widodo, who announced the hike on Saturday Sep. 3, said his government had no choice but to raise the fuel price due of rising global prices for oil and gas.

He added that it had already tried its best to keep them down, according to the New York Times.

The hike, the first in eight years, led to protests from students, workers and labor activists across the country.

Protesters say the raise makes things difficult as the country is still struggling to recover from the COVID-19 pandemic and during a time of inflation, which hit its highest since 2015, according to Reuters.

They called for the increase to be reversed, changes to the government’s formula for determining how much to increase minimum wage by each year, as well as other labor reforms.

About 27 million people in Indonesia – 10 percent of the population – live below the poverty line in Indonesia.

The protests were largely peaceful, but minor clashes broke out between student protesters and police in the capital of Jakarta on Thursday Sep. 8.

Meanwhile, five people were injured in the city of Bengkulu on Tuesday when police deployed water cannons and tear gas on the protesters, according to the New York Times.

Following a week of protests, the government said on Tuesday Sep. 13 that it would be reviewing the workers’ demands.