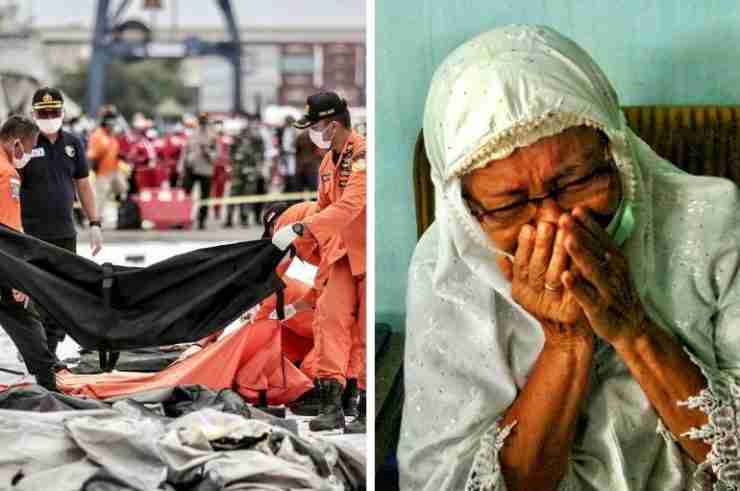 A Sriwijaya Air plane carrying 62 people, including seven children and three babies, crashed into the ocean shortly after taking off from Indonesia’s capital on Saturday Jan. 9, officials in the country said.

The Boeing 737, which was bound for Pontianak city on the island of Borneo, was carrying 50 passengers as well as 12 crew members when it took off from Jakarta around 2:36 p.m. local time but lost contact four minutes after it took off during a heavy monsoon season rain.

The plane, which was 26 years old, dropped more than 3,000 meters (10,000 feet) in altitude in less than 60 seconds, according to flight tracking website Flightradar24. Officials said on Sunday morning that they had found body parts and clothes from passengers, as well as some wreckage believed to be from the plane, in an area known as the Thousand Islands.

Fishermen in the area reported that they had heard an explosion around the time of the crash. “The plane fell like lightning into the sea and exploded in the water,” a fisherman told the BBC.

“It was pretty close to us, the shards of a kind of plywood almost hit my ship.” No survivors have been found, and officials are urging passengers’ family members to provide DNA samples or dental and medical records to help with identifying the remains. The cause of the crash remains unclear.